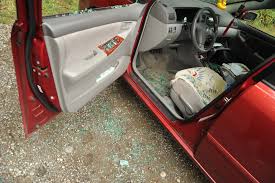 Sheriff David Gould reports the Cayuga County Sheriff’s Office has arrested a 16 year old and 14 year old juvenile in connection with a spree of larcenies from unlocked motor vehicles in the Village of Moravia. It was determined that the larcenies occurred on the evening of May 21, 2016 into the morning hours of May 22.

The investigation revealed that the two individuals entered upwards of 30 vehicles during the spree and removed various items of value. Many of the items have been recovered and identified by the victims but the Sheriff’s Office still has a number of items that have gone unclaimed.

Both suspects in this case were arrested for the following charges: Grand Larceny 4th degree (2 counts), Petit Larceny (4 counts).

The 16 year old individual was arraigned in the Village of Moravia Court and remanded to the Cayuga County Jail on $2000 cash bail/$4000 secured bond. The 14 year old juvenile will appear in Cayuga County Family Court on a date to be determined.