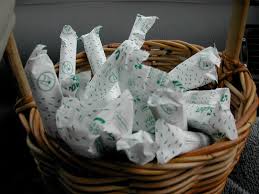 The New York State Senate today gave final passage to legislation that would exempt many basic and necessary women’s items from being unfairly taxed. The bill (S7838), sponsored by Senator Susan Serino (R-C-I, Hyde Park), passed unanimously in the Senate and would exempt feminine hygiene feminine such as sanitary napkins, tampons, and panty liners from the New York’s sales and compensating use tax.

Senator Serino said, “It’s about time. Repealing this out-of-touch tax has been decades in the making and I am incredibly proud to announce that the infamous ‘Tampon Tax’ will finally be a thing of the past. There are many issues that simply transcend politics and a unanimous vote in both houses tells you that this is certainly one of them. Moving this legislation forward is a win for consumers and it’s a win for women who have largely shouldered the burden of the tax for generations. With the Governor publicly signaling support for this move, it is my hope that it will be signed into law as soon as possible — New York’s women have waited long enough.”

Currently, medicine, medical equipment, supplies to correct or alleviate physical incapacity, and products consumed by humans for the preservation of health are included in the list of items exempt from the sales and use tax. However cosmetics and toiletry items are explicitly excluded from the list unless they contain medicinal ingredients. Feminine hygiene products are among those items considered taxable under state law, despite being a necessity for women.

This bill would add sanitary napkins, tampons, and panty liners to the items exempt from retail taxes to make the existing law fairer, especially for women. New York will join several states including Maryland, Massachusetts, Minnesota, New Jersey, and Pennsylvania who have already passed similar legislation to end the so-called “Tampon Tax.”