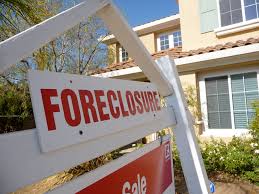 Attorney General Eric T. Schneiderman today announced a $100 million expansion of efforts to provide no-interest loans to help New York families avoid foreclosure and stay in their homes. The expansion, funded by the Attorney General’s April settlement with Goldman Sachs over the bank’s deceptive practices leading up to the financial crisis, is expected to help more than 3,000 families across the state pay off small debts that are preventing them from securing a needed mortgage modification.

A new analysis released today by the Attorney General’s Office also showed that the Mortgage Assistance Program (MAP), the first phase of these efforts, has already had a significant positive impact on families that live near a MAP loan recipient because foreclosed homes often drag down the property value of other nearby homes. According to the analysis, every $1 in loans preserves about $8.50 in property values for homeowners within 750 feet of the MAP loan recipient.

Since MAP began in late 2014, the $18 million in loans given out have already preserved $153 million in property values for nearby homeowners. The new $100 million is estimated to save an additional $722 million, after accounting for administrative program costs.

All told, these no-interest loans are expected to preserve a total of $875 million in property values for nearby homes by the time every loan has been disbursed.

“Since taking office, my number one priority has been getting New Yorkers the resources they need to rebuild from the housing crisis,” Attorney General Schneiderman said. “This new investment in the MAP program will help thousands of New York families keep their homes and rebuild their communities. This program is already having an incredible impact in communities throughout the state and I am excited to expand it to even more families.”

Even families with reliable income streams are often denied mortgage modifications because they have a series of missed mortgage payments, delinquent second or third mortgage liens, or unpaid property tax bills which must be satisfied before a first mortgage holder will grant a modification. MAP provides loans that fill the gaps for struggling families, empowering them to negotiate with their mortgage holders and ultimately remain in their homes.

The analysis of the program, conducted by the Center for NYC Neighborhoods, looked at each individual recipient of a MAP loan and determined the property value preserved for every home within 750 of the loan recipient because the loan recipient had not gone into foreclosure.