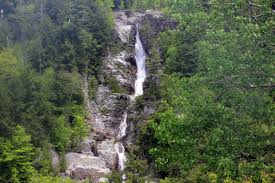 New York State has partnered with the Five Towns of the Upper Hudson Recreation Hub to develop tourist destinations that rely on the extensive trail network of the Adirondack Park and existing and potential lodging opportunities, Department of Environmental Conservation (DEC) Acting Commissioner Basil Seggos announced today. The resulting ‘Concept Plan for a Hut-to-Hut Destination-based Trail System for the Five Towns of Long Lake, Newcomb, Indian Lake, Minerva, and North Hudson’ represents 26 trail or “traverse” opportunities for visitors to the Five Towns region of the Adirondack Park that involve overnight stays and multi-day hikes. In addition, DEC’s Adirondack Trail Information web pages have been reorganized, reformatted and now include information for the western Adirondacks.

“Governor Cuomo has demonstrated time and again his commitment to making the Adirondacks a destination for visitors and tourists from around the world,” said DEC Acting Commissioner Seggos. “The Plan unveiled today will lead to improved public access to the Forest Preserve coupled with lodging, for the benefit of tourists, sportsmen and women, outdoor enthusiasts of all types and the people and communities of the Five Towns region of the Adirondack Park. The new trail information page launched today will also further promote the region, while keeping visitors apprised on a weekly basis of all the trail updates across the Adirondacks.”

Traverses are hikes that begin in communities, go into the “back country” and end in another community. The concept is to link communities and amenities through the state’s extensive land holdings and identify gaps that can be filled by new amenities on private lands or temporary “huts” on State Forest Preserve lands.