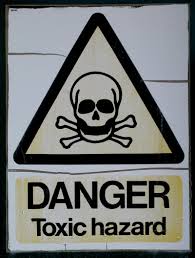 Through Governor Andrew Cuomo’s leadership, New York State is aggressively working to protect the health of New Yorkers and the environment from toxic chemical contamination. Many of the State’s regulations are more stringent than those of the Environmental Protection Agency. The version of the reform bill currently under consideration contains broad preemption language that would effectively prevent states from banning chemicals and passing laws or updating regulations to address toxic chemicals affecting their people and environment.

“The latest version of Toxic Substances Chemical Act (TSCA) reform that has surfaced following House-Senate negotiations is deeply troubling, as the draft legislation will restrict New York State’s ability to protect our citizens from toxic chemicals,” Acting Commissioner Seggos said. “We applaud the leadership of Congressman Paul Tonko and others who are working toward an agreement that creates a strong national program to properly regulate toxic chemicals while preserving the rights of states to ban and regulate harmful substances where public health is at risk, and to allow for less restrictive waivers as necessary. New York State strongly urges all members of Congress to ensure the final TSCA legislation establishes a comprehensive national program that does not undermine the ability of states to regulate hazardous chemicals.”