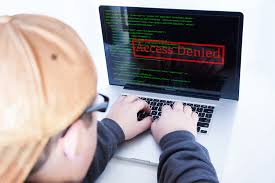 During a conference call with reporters, U.S. Senator Charles E. Schumer today launched a three-pronged plan aimed at better protecting communities from “ransomware” attacks. According to the Federal Bureau of Investigations (FBI), ransomware is an insidious type of malware that encrypts, or locks, a computer’s operating system and all of its valuable digital files until a ransom is paid. Schumer revealed that Russian hackers are targeting small towns and villages in Upstate New York because their computers are the most vulnerable. Schumer pointed to recent ransomware attacks against Central NY and Capital Region municipalities as evidence that this problem is not going away, and can cost local taxpayers thousands of dollars.

“Our country’s critical infrastructure is still far too vulnerable to hackers, and we must do more – and fast – to ward off this metastasizing threat. Russia’s recent ransomware hacks against municipalities and businesses in Upstate New York mean those in our small towns and villages are being forced to pay a big price,” said Senator Schumer. “Cybersecurity threats mean that our private information, like medical data, financial records, Social Security Numbers and more, is under assault like never before. These hacks show that our local communities need more resources and training, so they can better prevent these attacks in the future, and the federal government needs to better focus its attention on finding ways to ramp up our security efforts before it is too late – so we can hit Control-Alt-Delete on ransomware for good.”

Once a computer is infected with ransomware, there is no way to recover the files other than paying the ransom. Schumer therefore urged the federal government to step up its efforts to help stop and prevent these cyber-attacks in Upstate NY and around the country. Specifically, Schumer is urging the National Institute of Standards and Technology (NIST) – put in control of running the President’s Cybersecurity Commission – to make ransomware a focus. In addition, Schumer called on Senate appropriators to allocate more money to help state and local municipalities make the necessary infrastructure improvements and train employees to prevent future ransomware hackings.

The FBI estimates that cyber hackers using malware like ransomware collected more than $200 million in the first three months of 2016. Hackers are able to do this by extorting businesses, individuals and institutions when they infect computers with malware and encrypt their data, thereby taking computers and smartphones hostage, and then charge a ransom to retrieve it. These computer viruses are able to infect users’ devices by including downloadable email attachments or links to website URLs that seem legitimate when, in reality, they actually contain malicious ransomware code. According to an April 2015 CNN report, at this rate, ransomware is on pace to be a $1 billion a year crime industry in 2016. Schumer explained that most of these the cyber criminals reportedly operate out of Russia and the former Soviet republics of Eastern Europe. The origins of these attack are, therefore, often very difficult – if not impossible – to trace.

Schumer said these the U.S. must do more to thwart these attacks, as consumers’ personal information, like Social Security Numbers and financial information, along with law enforcement reports are at risk.