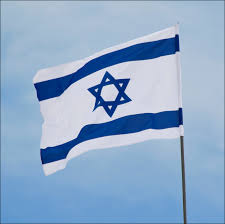 Under a new proposal, Hempstead Town is taking part in a growing nation-wide effort to stand firmly opposed to the BDS Movement which attempts to isolate Israel and other U.S. allies from the international community.

Helping to preserve the integrity of American democracy, as well as the sovereignty of Israel and other U.S. allies, Hempstead Town Supervisor Anthony J. Santino, Councilman Bruce Blakeman and Councilman Anthony D’Esposito announced that the town will be the among the first municipalities in New York State to consider legislation that would prohibit town government from doing business with individuals or companies that openly boycott against America, Israel and other allies. This new legislative proposal will ensure that the Town of Hempstead will only contract with entrepreneurs who are friendly and reject acts of hate and economic hostility.

Supervisor Santino, Councilman Blakeman and Councilman D’Esposito stood in solidarity at Young Israel of Lawrence-Cedarhurst, along with a cadre of area rabbis and religious leaders, Five Towns business owners and other officials to speak out against the Boycott, Divestment and Sanctions Movement.

Town officials and others slammed the movement as anti-Semitic and an attack on economic cooperation between the United States and Israel, as well as other allies. The leaders also decried the movement’s highly organized campaign that has acutely targeted Israel, seeking to undermine the nation’s sovereignty.

“BDS is just an ugly term for anti-Semitism. Our free market economy is the foundation of a strong democratic society, but we cannot in good conscience stand with businesses that are hostile to the United States, Israel and our other allies around the world,” stated Supervisor Santino. “My administration will continue to fight bigotry, anti-Semitism, acts of hatred and all efforts designed to undermine the sovereignty of Israel and this nation’s other allies. Standing against the BDS movement is a key step in this fight.”

The proposed law would require individuals or companies seeking to do business with the town to submit a certification that they do not – and will not for the duration of the contract – engage in a boycott of the United States of America and its allies, which include Israel, all NATO member nations, signatories of the Southeast Asian Treaty Organization, signatories of the Rio Treaty of 1947 (excluding Venezuela), Ireland, Japan, and The Republic of Korea. Violations of this law could result in the town rescinding a contract.