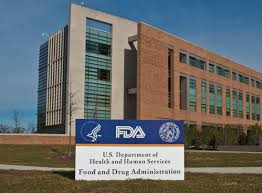 Also today, the Food and Drug Administration (FDA) finally came clean about the dangers of the common Johnson & Johnson antibiotic, Levaquin, stating it may result in “disabling and potentially permanent serious side effects….”

The amended complaint alleges, inter alia, that the defendants engaged in a criminal racketeering conspiracy in order to have a positive impact on Johnson & Johnson by withholding material information about the deadly dangers of Levaquin, an antibiotic used for routine infections. The amended complaint alleges that Hillary Clinton pushed to have President Obama nominate Hamburg as FDA Commissioner as part of a quid pro quo. Hamburg however had a huge conflict of interest particularly with regard to Levaquin.

As alleged in the amended complaint, and as can be verified independently from U.S. Securities & Exchange Commission reports, while Hamburg served as FDA Commissioner, her husband, Peter Brown, served as Co-CEO of Renaissance Technologies hedge fund which held as much as half a billion dollars in Johnson and Johnson stock. Thus, as alleged in the amended complaint, if Hamburg had allowed the disclosure by the FDA of Levaquin dangers, which already has killed over 5,000 persons and left tens of thousands debilitated with life-threatening illnesses, the stock her husband’s company held in Johnson & Johnson would have plummeted due to anticipated lawsuits. Instead, Hamburg, her husband, Renaissance, and Johnson & Johnson are alleged to have profited handsomely.

Today, the FDA finally admitted that Levaquin and related fluoroquinolones should not be taken for routine infections and should only be taken as a last resort, as they are highly dangerous and life threatening and are “associated with disabling and potentially permanent serious side effects….” Indeed, the FDA previously documented over 5,000 related deaths and tens of thousands of related illnesses that are life-threatening and debilitating.