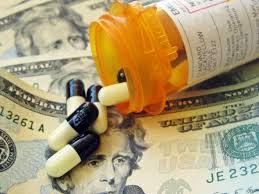 Assembly Speaker Carl E. Heastie and Assemblyman Marcos A. Crespo announced the passage of legislation this week to prohibit medicine price gouging, an unscrupulous business practice involving lifesaving drugs that are in short supply and exorbitantly priced that then become unaffordable for patients who are fighting deadly illnesses.

“These falsely inflated medicine prices are crippling the ability of hospitals and health care providers to deliver the quality of care that patients expect and deserve,” said Heastie. “This bill will give the attorney general the authority to crackdown on these abuses and stop these profiteers who are preying on the vulnerability of sick people.”

“Overpriced medicines have been burdening our health care system and hindering the treatment of very ill patients for too long,” said Crespo. “The bill the Assembly passed will help restore fairness to the pricing of high-demand medicines and discourage nefarious pharmaceutical sales strategies that seek to make big bucks off the lives of sick people who are struggling to regain their health.”

The Assembly’s legislation (A.6731, Crespo) adds medicines, those that are publicly posted as drugs in short supply by the U.S. Food and Drug Administration, to the list of goods and services that can be subjected to the state’s price gouging laws, and it empowers the state’s Attorney General to prosecute cases involving illegally priced medicines.

This anti-medicine gouging bill also permits the courts to determine when the price for a drug in short supply is unreasonably excessive and establishes the criteria for making such determinations.

Over the years there have been many media reports that have documented the impact of “gray market” vendors who purchase from small wholesalers or pharmacies quantities of scarce generic drugs that are then re-sold at prices many times higher than their initial price point. There have been news accounts involving vendors that have inflated the price of blood pressure medication from the normal price per dose of $25.90 to $1,200.

Medicine price gouging has caused significant disruptions to the medical treatment of patients who are battling life threatening health conditions. According to the data reported by the Associated Press in 2011, nearly two dozen experts found at least 15 deaths, in 15 months, that were blamed on the shortages of the right medicines not being readily available.