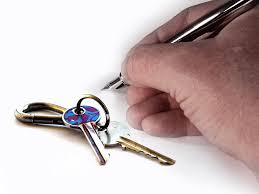 Croman was also named, along with private investigator Anthony Falconite, in a civil suit filed today by the Attorney General’s office for allegedly engaging in illegal, fraudulent, and deceptive conduct in connection with Croman’s real-estate business. The lawsuit alleges that Croman directs an illegal operation that wields harassment, coercion, and fraud to force rent-regulated tenants out of their apartments and convert their apartments into highly profitable market-rate units.

“My message to unscrupulous landlords is simple: if you put your own profits over your tenants’ legal protections, we will investigate you and prosecute you to the fullest extent of the law,” Attorney General Schneiderman said. “My office will not tolerate anyone who attempts to line their own pockets by gaming the system. No one is above the law – no matter how rich or powerful.”

The criminal and civil cases are the result of independent, parallel investigations during the past two years.