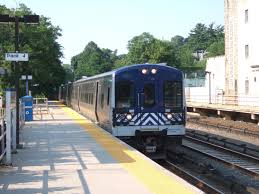 In light of the near-disaster at the Green Street crossing in Bedford, and with the memory of the tragic 2015 Metro-North train accident in Valhalla still fresh in our memories, Senator Terrence Murphy is sponsoring a bill requiring the joint inspection of traffic signals at interconnected grade crossings.

“We put our trust in Metro-North and the Department of Transportation on a daily basis to protect commuters and drivers crossing the railways,” said Senator Murphy. “Currently, Metro-North and the DOT are working independently to try and keep our railroad grade crossings safe, but one hand does not know what the other hand is doing. A coordinated program of inspections will significantly improve safety at our railway crossings.”

Even before the Metro-North commuter train crash in Valhalla that claimed the lives of six people, Senator Murphy was a proponent for increased railway safety. Following the accident, Senator Murphy lead a coalition calling for expedited grade crossing assessments and co-authored, S5238, a bill calling for the installation of cameras at railway crossings that would monitor crossing violations.

The new legislation adds a new section to the railroad law which would establish a required joint inspection by the Department of Transportation (DOT) and MTA (Metropolitan Transportation Authority) every two years.

“We need to get this bill passed as quickly as possible in order to avoid future incidents that put passengers and drivers in danger,” said County Legislator Francis Corcoran. “Having the MTA and DOT work together is a logical and efficient way to ensure inspections are conducted regularly. The passage of Senator Murphy’s bill will ultimately save lives.”

As a result of Senator Murphy’s efforts, and with a recommendation from the National Transportation Board (NTSB), a statewide effort was launched to improve the coordinated operation of traffic and railroad signal systems that are in close proximity to where vehicles line up to cross the tracks.