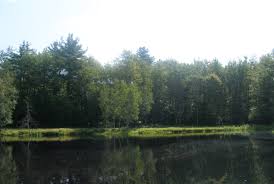 Manhattan U.S. Attorney Preet Bharara stated: “As alleged, these defendants undertook a violent home-invasion robbery, which resulted in the senseless murder of Michael Northcote. I want to thank all our federal, state and local law enforcement partners, especially Sullivan County District Attorney James Farrell for his extraordinary partnership with our office in this important case.”

FBI Assistant Director-in-Charge Diego Rodriguez stated: “Violence isn’t limited to the big cities in this day and age. However, when someone is robbed and murdered in their own home in a small town, it sends shockwaves through the community. Our Safe Streets Task Forces work with our local law enforcement partners to keep this type of crime out of every neighborhood, big or small.”

As alleged in the Superseding Indictment unsealed today in White Plains federal court, on October 12, 2015, the defendants carried out a home-invasion robbery of Michael Northcote, a marijuana dealer, at 177 Cohen & Cohen Road, Swan Lake, New York. In the course of the robbery, Jeffrey Herring shot and killed Northcote.