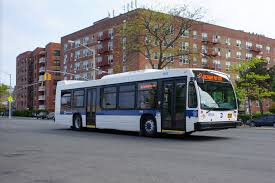 Brooklyn District Attorney Ken Thompson announced today that a Bedford-Stuyvesant teenager has been sentenced to 12 years to life in prison. The defendant was convicted earlier this year on charges of second-degree murder for pulling out a .357 Magnum revolver on a crowded city bus during rush hour to open fire on rival gang members, and instead, shooting an innocent 39-year-old man in the back of the head, killing him.

District Attorney Thompson said, “This young man will have many years in prison to think about how his act of senseless gang violence destroyed a family and took the life of an innocent man, Angel Rojas, who left behind a wife and two young children. He will now be held accountable.”

The District Attorney identified the defendant as Kahton Anderson, 16, of 660 Gates Avenue in Bedford-Stuyvesant. Brooklyn Supreme Court Justice Dineen Riviezzo today sentenced Anderson, as a juvenile, to 12 years to life in prison on his second-degree murder conviction, and three to nine years on his second-degree attempted murder conviction, ordering both sentences to run concurrently. Anderson was convicted following a jury trial.

Angel Rojas, 39, who was married and the father of an 8-year-old daughter and a 12-year-old son, was sitting in a forward facing seat on the bus, talking on a cell phone. He was struck in the back of the head. After shooting Rojas, the defendant ran off the bus to pursue his rivals and continued to shoot until he emptied his gun. Rojas was pronounced dead shortly thereafter at Woodhull Hospital.