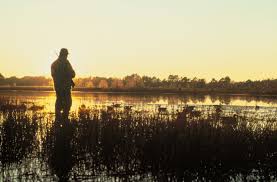 “Frank Tamburrino is a credit to the Sportsman Education Program here at DEC,” said Region 3 Director Martin Brand. “Frank’s dedication to passing on the tradition of sportsmanship and hunter safety to a new generation of hunters makes him the ideal recipient of Wayne W. Jones Award of Excellence.”

Tamburrino became a Volunteer Sportsman Education Instructor in 1995. All first-time hunters, bowhunters and trappers must pass one or more courses before they can get a hunting license in New York State. Trained instructors certified by DEC teach safe and responsible outdoors practices while stressing the important role of hunters and trappers in conservation. Volunteer Instructors provide invaluable support to the implementation of New York State’s Sportsman Education Program.

Tamburrino has been a Lead Instructor for more than 60 courses since 2000. He’s contributed his time to assist and mentor other instructors so that they can become positive role models for the hunting community. He’s known for voluntarily offering to go afield and mentor new hunters and encouraging them to join hunting clubs. He never turns down a request from students who have asked for instruction beyond what is offered in the Hunter Education Class. Frank is a natural coach, mentor and teacher and brings his enthusiasm for the sport to the Sportsman Education Program.