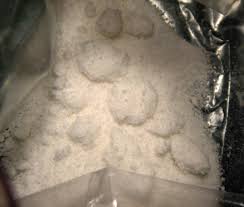 Methylone, also known as “bath salts” and “molly”, is an analogue of ecstasy (“MDMA”) that has been a scheduled drug since October 2011.

The jury also convicted Canfield of eight counts of using a communication facility to facilitate the commission of a felony under the Controlled Substances Act. Canfield faces up to 30 years in prison, and up to a lifetime of post-imprisonment supervised release, when he is sentenced by United States District Judge David N. Hurd on August 24, 2016 in Utica.

The evidence at trial demonstrated that Canfield imported methylone from manufacturers in China and redistributed that methylone to other distributors in the United States. Canfield made arrangements with co-conspirators to receive, on his behalf, kilograms of methylone from Chinese distributors and sell methylone to users including college students and other young people in New York, Connecticut, and elsewhere. Canfield also used a commercial pill press to convert methylone into pills, which Canfield and his distributors marketed as MDMA to what he called “young fools.”