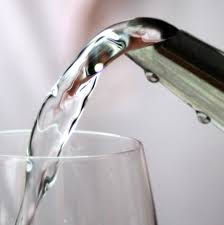 During a conference call with reporters, U.S. Senator Charles E. Schumer today announced new legislation that recommits the federal government to its role in protecting our drinking water by fully investing in water infrastructure projects and lead remediation, while strengthening drinking water protections by the U.S. Environmental Protection Agency (EPA). Schumer said the True LEADership Act of 2016, is a bold, comprehensive new plan that will address the scourge of lead-laden water and housing across Upstate New York and improve our nation’s water infrastructure, while creating hundreds of new clean water jobs in New York. This new legislation, through a combination of loans, grants and tax credits, would inject over $70 billion over the next ten years in water infrastructure and lead relief programs.

“Lead poisoning is an irreversible, preventable tragedy that robs many families and children of their future and we can no longer sit back and watch as New Yorkers live with hazardous lead paint in their walls and water,” said Sen. ​Schumer. “That’s why I’m pushing my colleagues in Congress to pass the True LEADership Act of 2016. This bill is common sense legislation that can drastically reduce exposure our children now have to lead poisoning threats.”

Schumer said that the Flint water crisis, as well as the discovery of high levels of lead in the City of Ithaca and communities across Upstate NY, have underscored the need for the federal government to better invest in and protect local water supplies and infrastructure. Schumer said the scourge of lead-contaminated water and housing units in New York State could be just the tip of the iceberg, as the U.S. has suffered from decades of underinvestment and lax regulation of water and housing infrastructure, especially when it comes to lead contamination.

Schumer said that, while progress has been made in New York to combat the problem, lead poisoning still remains a big problem. According to the National Institutes of Health (NIH), lead is much more harmful to children than adults because it can affect children’s developing nerves and brains. According to the National Center for Healthy Housing, childhood exposure to lead has lifelong consequences, including decreased IQ and cognitive function, developmental delays and behavioral problems. Very high levels of lead exposure can cause seizures, coma and even death. Some health organizations, like the National Center for Environmental Health in a 2012 study, argue that no safe blood-lead threshold in children has yet been identified.

According to New York State data in 2000, 42 percent of homes in New York were built before 1950, when using lead paint was commonly used, and could therefore contain lead. Lead paint was not banned until 1978. Second, many schools across Upstate NY could contain lead pipes because they were built before 1986, when these particular pipes were banned. In addition, because school districts serviced by a public municipal water source are not required to complete lead testing of the plumbing fixtures and pipes that could contain lead – unlike districts serviced by private well water – many more children could be exposed to lead contamination. Schumer said these statistics underscore the continued need to bolster lead hazard abatement efforts in both homes and schools across New York State.