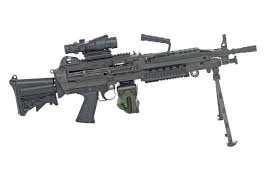 Shane Robert Smith, a/k/a Robert Smith, age 19, of Whitehall, New York, pled guilty today to illegal possession of a machinegun. The announcement was made by United States Attorney Richard S. Hartunian and Andrew W. Vale, Special Agent in Charge of the Albany Division of the Federal Bureau of Investigation.

United States Attorney Richard S. Hartunian said: “Shane Smith repeatedly sought to acquire illegal firearms with the stated goal of executing members of racial and religious minority groups. The FBI Joint Terrorism Task Force stopped Smith before he could carry out this nightmare scenario. My Office is proud to work with the Joint Terrorism Task Force in keeping our communities safe.”

“People like Mr. Smith seek to poison communities with hate and fear,” said FBI Special Agent in Charge Andrew W. Vale. “His intentions to commit violent and deadly acts against members of our community were clear. The efforts of our Joint Terrorism Task Force and the United States Attorney’s Office have stopped a dangerous criminal from terrorizing our citizens.”

At a change of plea hearing today, Smith pled guilty to illegal possession of a MAC 10 machinegun. He faces a maximum term of imprisonment of 10 years, a $250,000 fine, and 3 years of post-imprisonment supervised release when United States District Judge Mae A. D’Agostino sentences him on August 15, 2016. A defendant’s sentence is imposed by a judge based on the particular statute the defendant is charged with violating, the U.S. Sentencing Guidelines, and other factors. With the felony conviction resulting from today’s plea, Smith will be prohibited from legally possessing firearms and ammunition.

As part of a plea agreement filed in the case, Smith admitted that he repeatedly sought to purchase or otherwise obtain fully automatic weapons, as well as semiautomatic weapons that he intended to convert into fully automatic weapons. On April 29, 2015, he made postings on social media seeking to acquire a “civilian” or semi-automatic, MAC 10 firearm. On that same date, he purchased a book on how to convert semi-automatic MAC 10 firearms to illegal fully automatic firearms. In other social media postings, Smith listed his interests as “guns, gun smithing, building bombs, knives, guerilla warfare, preserving my race and folk, and destroying the government.”