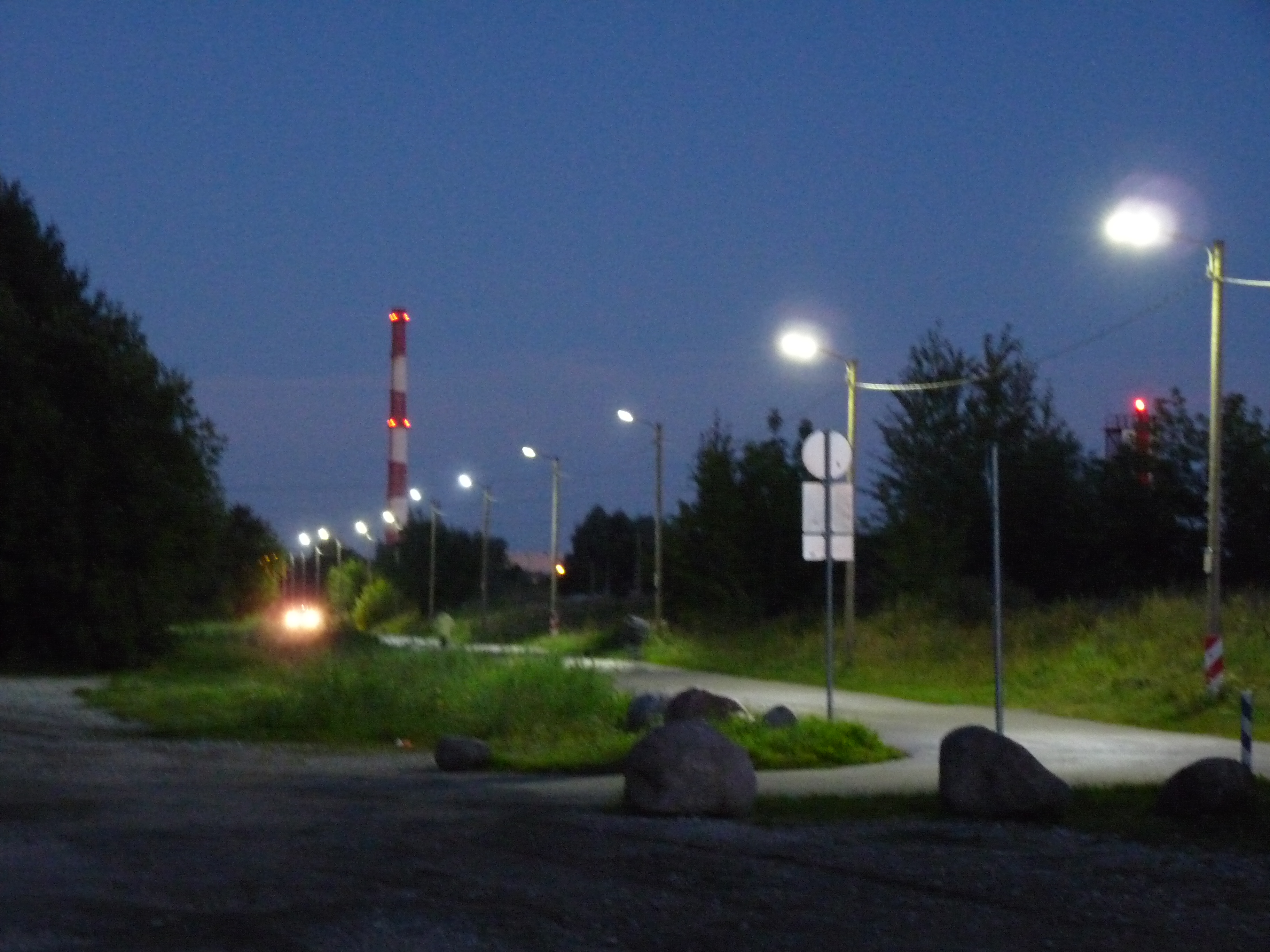 As crews installed the 30,000th energy efficient L.E.D. (light emitting diode) streetlight fixture of a planned 50,000 units in Hempstead Town, Supervisor Anthony J. Santino detailed energy cost savings associated with the major project. At the same time, Santino “illuminated” residents on the expansion of planet friendly/cost saving the initiative to include the conversion of 17,000 interior light fixtures at town facilities. Joining the Supervisor at a press briefing on Hamilton Avenue in Island Park was Councilman Anthony D’Esposito, along with Ricky Tripodo of Facility Solutions Group (FSG), a private sector partner that is converting streetlight elements in tandem with town work crews.

“Hempstead Town taxpayers will be the direct beneficiaries of a major project that is replacing 50,000 high-pressure sodium streetlight elements with energy efficient and cost effective L.E.D. units,” said Santino. “The conversion of these lamps will result in net $43 million in savings over the next twenty years.”

Through the initiative, Hempstead Town is obligating $17.7 million in financing and will realize total net utility and operational savings of $43.1 million (factoring in all costs) over a 20-year period. Component cost savings under the initiative include avoided costs associated with the 20-year useful life of L.E.D. fixtures (conventional light fixtures entail replacement costs of $250,000 annually).

“Supervisor Santino has put together a trifecta in this streetlamp conversion project,” said Councilman D’Esposito. “The initiative saves taxpayer dollars, conserves energy and diminishes the town’s maintenance effort on the part of town workers due to the extensive lifespan of L.E.D. elements.”

Energy cost savings that have been realized during the initial phase of L.E.D. streetlight installation have been dramatic and impressive. In specific, the most recent one month period of streetlight costs totaled $248,000 in February 2016 contrasted with $409,000 during the same period in 2015. The reduction constitutes a 48% reduction in street lighting costs. Officials call that reduction amazing, especially considering the fact that less than 50% of the total 50,000 streetlights were converted to L.E.D. in January.

“The results of the town’s conversion from older technology streetlamps to state-of-the-art L.E.D. elements are very positive,” said Tripodo. “When fully implemented, the streetlight project will offer taxpayers measureable and significant savings. FSG is pleased to be partnering with the town on this initiative.”