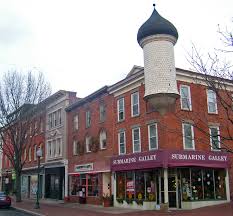 Preet Bharara, the United States Attorney for the Southern District of New York, Diego Rodriguez, the Assistant Director-in-Charge of the New York Field Division of the Federal Bureau of Investigation (“FBI”), Eric Johansen, the Chief of the Peekskill Police Department, and George Longworth, Commissioner-Sheriff of the Westchester County Department of Public Safety, today announced the unsealing of two Complaints charging a total of 10 defendants with committing various narcotics offenses in Peekskill, New York.

Manhattan U.S. Attorney Preet Bharara stated: “The complaints charge conspiracies to distribute large quantities of crack cocaine. With the federal charges brought today we have taken a big step in neutralizing two different drug rings that have been peddling drugs for years in the city of Peekskill.”

FBI Assistant Director-in-Charge Diego Rodriguez stated: “People depend on law enforcement to stem the flow of illegal drugs into their communities and reduce associated crime in the area. Although today’s actions have halted a conspiracy to distribute highly addictive drugs in the Peekskill area, there are many steps to be taken in ridding society of crimes of this nature.”

Peekskill Police Chief Eric Johansen stated: “The message is clear: deal drugs in Peekskill and we will continue to pursue you with all of our resources. This community will not tolerate drug dealing and we thank our federal and county partners in law enforcement for supporting our efforts to remove these ten violent, career drug offenders from our streets.”

Westchester County Department of Public Safety Commissioner-Sheriff George Longworth stated: “Sharing resources and conducting joint investigations with federal and local partners remains one of the most effective means we have of combatting the distribution and sale of illegal narcotics in Westchester County. We are grateful for the relationships we have with the U.S. Attorney’s Office, the FBI and the municipal police agencies in our county.”