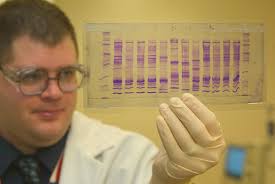 Bronx District Attorney Darcel D. Clark today announced that a 46-year-old paroled sex offender from the Bronx has been indicted for murder and manslaughter for throwing a 17-year-old girl off a rooftop in 1989.

District Attorney Clark said, “Noelis Bayanilla’s future was brutally taken away from her. For 27 years, she has not been forgotten by her friends or family, or the justice system. Now her alleged killer will finally face his past, thanks to DNA evidence. ”

District Attorney Clark said the defendant, Scott Parilla, 46, currently of 322 Bedford Avenue, Brooklyn, was arraigned on Thursday, April 7, 2016, in Bronx Supreme Court before Bronx Supreme Court Justice George R. Villegas on an indictment charging one count of second-degree Murder and one count of first-degree manslaughter. Parrilla was remanded and he is due back in court on July 26, 2016.

District Attorney Clark said the defendant, who was 19 years old on August 6th, 1989, walked Bayanilla home that day, and the two went up to the roof of a five-story building at 2645 Morris Avenue in the Fordham section. They got into an argument and Parrilla allegedly grabbed Bayanilla and pushed her off the roof. She died from her injuries two days later in Jacobi Hospital.

Several witnesses confirmed Parrilla was the last person Bayanilla was seen with, but no charges were brought due to lack of evidence.

After a friend of Bayanilla’s called police last year inquiring about the murder, the Bronx Homicide Squad reopened the case. Detective Matthew McCrosson had fingernail scrapings of the victim tested, and they matched Parrilla’s DNA, on file from a 1993 rape/attempted murder case. He was arrested on March 14th, 2016.