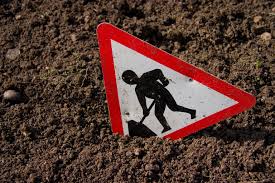 The New York State Public Service Commission (Commission) today announced that it is participating in the nationwide effort to recognize April 2016, as “Safe Digging Month” as a way to remind excavators and contractors that State law requires them to call one of the state’s toll-free One-Call centers before starting any excavation or digging project. Governor Andrew M. Cuomo proclaimed April 2016 as “Safe Digging Month” in New York.

“Damage to underground utility facilities during excavation can result in loss of utility service, personal injury and property damage,” said Commission Chair Audrey Zibelman. “Therefore, I urge everyone who is going to be excavating to do their part in protecting vital energy infrastructure by simply dialing 811 before digging.”

The keys to preventing damage to underground facilities are the two “one-call notification systems” that serve as communication links between contractors/excavators and the operators of underground facilities (local utilities/municipalities). New York 811 is the one-call notification system serving New York City and Long Island and Dig Safely New York is the other, serving the remainder of the state. When calling from inside the areas served, either can be reached by simply dialing 811. In addition, both One Call Centers allow locate requests to be submitted at any time through web-based ticket entry.

New York leads in its use of financial incentives and penalties related to gas safety. Excavators who damage underground facilities due to the failure to follow the regulations are not only subject to civil penalties, but also are liable for repair costs. However, state law exempts excavators from liability for repair costs if the damage is caused by the utility’s or municipality’s failure to comply with the law, such as failure to participate in the one-call notification systems or failure to accurately mark the location of their underground facilities.