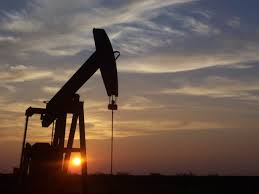 Preet Bharara, the United States Attorney for the Southern District of New York, and Diego Rodriguez, Assistant Director-in-Charge of the New York Field Office of the Federal Bureau of Investigation (“FBI”), announced today that David KEnt, the founder of professional networking website Oilpro.com (“Oilpro”), was arrested for charges relating to computer hacking and wire fraud. The charges stem from Kent’s alleged role in repeatedly hacking into a competitor’s database to steal customer information and attempting to sell Oilpro to the same company whose database Kent had hacked. Kent was arrested by FBI agents in Spring, Texas, this morning and will be presented before U.S. Magistrate Judge Dena Palermo in Houston this afternoon.

Manhattan U.S. Attorney Preet Bharara said: “As alleged, David Kent hacked into a competitor’s database and stole information from over 700,000 customer accounts. Later he allegedly tried to use the proprietary information to defraud that same company. Thanks to the efforts of our law enforcement partners at the FBI, David Kent will now be held to account for his criminal conduct.”

FBI Assistant Director-in-Charge Diego Rodriquez said: “In this case, a profitable business was sold for approximately $51 million. Allegedly, however, instead of relinquishing control of his former company, subject David Kent continued to illegally access data and information from his former business to help benefit a competing business he formed after the sale. Unauthorized access to a protected computer system is a federal crime. The FBI will investigate and bring to justice criminal actors who commit computer intrusions, whether the unauthorized access is to a personal computer or a corporate server.”