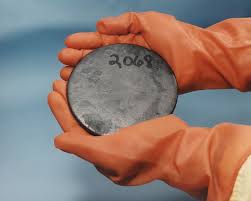 Congressman Brian Higgins (NY-26) is asking the U.S. Nuclear Regulatory Commission to take their shipments of Highly Enriched Uranium elsewhere. The request comes as the agency plans up to 150 shipments of the hazardous material over the northern border from Chalk River Laboratories in Ontario, Canada to the Savannah River Site in South Carolina.

“Recent equipment failings and the lack of current environmental or threat assessments raise very serious concerns about the risks associated with the transport of this hazardous material,” said Congressman Higgins. “With too many unanswered questions the risks are just too great for this community and we are asking the Nuclear Regulatory Commission to keep these shipments out of Western New York.”

In recent months the U.S. Department of Energy (DOE) released a report which details plans for the shipment of 6,000 gallons of highly enriched liquid uranium across the Northern Border. The Peace Bridge and Western New York has been identified as one potential shipment route. Expressing great concern of the impact a terrorism driven or accidental disaster could have on the Peace Bridge, Great Lakes and the entire Buffalo-Niagara community, Higgins has called for a full and formal environmental review. Instead, the DOE insists they will move forward, relying on data from a 1995 report which pre-dates today’s realities in a post 9/11 world.

Higgins also says that an incident occurring on October 28, 2015 at Chalk River Laboratories contributes to the alarming nature of the impending shipments. Documented in the transcript of the Canadian Nuclear Safety Commission public meeting held on January 28, 2016 was an account of the incident which includes: failure of a fuel caddy, cracks in the weld of end plates on several fuel caddies, and failure to properly report the incident to Canadian and U.S. oversight agencies in a timely manner. The company found to have inadequate welds is the same company responsible for casks that will be transported, potentially through Western New York, later this year.