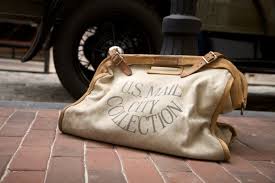 Bronx District Attorney Darcel D. Clark announced today that a USPS employee who stole nearly $200,000 in Workers’ Compensation Benefits by falsely claiming she was too panicked to leave her home has been sentenced to jail time and must pay restitution.

District Attorney Clark said, “The defendant claimed to be a ‘prisoner in her own home’ to defraud the government of tax-free benefits meant to help those truly unable to work. Now she must serve time in jail. We will not tolerate rip-offs of government benefits.”

Eileen Neff, Special Agent in Charge of the USPS Office of Inspector General Northeast Area Field Office, said, “This conviction shows that those who seek to defraud the workers’ compensation program and corrupt its legitimate purpose will be thoroughly and vigorously investigated by the special agents of the USPS Office of Inspector General and our law enforcement partners. I commend the Bronx District Attorney’s Office on their handling of this case as it was instrumental in putting an end to the high cost of the defendant’s fraud against the Postal Service.”

District Attorney Clark said the defendant, Maria Chmielewski, a USPS worker since 2004 in the Bronx’s Woodlawn Station, had been collecting benefits through the U.S. Department of Labor Office of Workers’ Compensation since August, 2008. Chmielewski claimed to have suffered from post-traumatic stress disorder, panic disorder, and agoraphobia.

While receiving 75% of her salary for her condition, tax free and with cost of living adjustments, Chmielewski took two separate holiday cruises to Alaska and Canada, completed a 10-month Practical Nursing program and was spotted driving on multiple occasions.

Chmielewski was arrested in June 2014 following a joint investigation between the Bronx District Attorney’s Office and the USPS Office of the Inspector General, Northeast Area Field Office.