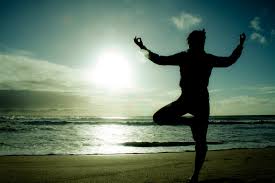 Supported by Alzheimer’s Association grant, Rhode Island Hospital in Providence researchers are studying whether regular practice of yoga can “help a brain in slow decline”.

It is “recruiting people with mild cognitive disorder” to study whether yoga can improve their condition. “Yoga is an ancient practice known to improve mental, spiritual and physical well-being among its practitioners”, a Hospital release says.

Led by Dr. Geoffrey Tremont, Neuropsychology Director at Rhode Island Hospital, the study will direct patients through a 12-week, twice-weekly yoga regimen. He hopes to enroll 70 patients in the study of yoga’s role in improving “cognitive conditions among people diagnosed with mild cognitive impairment”. “The yoga program involves meditation, physical postures, breathing exercises and relaxation”, release says and adds, “Yoga has benefits for a variety of medical and psychiatric conditions”.

Hindus have welcomed efforts of Rhode Island Hospital and Alzheimer’s Association into exploration of yoga’s role in cognitive health.

Hindu statesman Rajan Zed, in a statement in Nevada today, said that although introduced and nourished by Hinduism, yoga was a world heritage and liberation powerhouse to be utilized by all. According to Patanjali who codified it in Yoga Sutra, yoga was a methodical effort to attain perfection, through the control of the different elements of human nature, physical and psychical.

Yoga, referred as “a living fossil”, was a mental and physical discipline, for everybody to share and benefit from, whose traces went back to around 2,000 BCE to Indus Valley civilization, Zed, who is President of Universal Society of Hinduism, pointed out.

According to US National Institutes of Health, yoga may help one to feel more relaxed, be more flexible, improve posture, breathe deeply, and get rid of stress. According to a recently released “2016 Yoga in America Study”, about 37 million Americans (which included many celebrities) now practice yoga; and yoga is strongly correlated with having a positive self image. Yoga is the repository of something basic in the human soul and psyche, Rajan Zed adds.