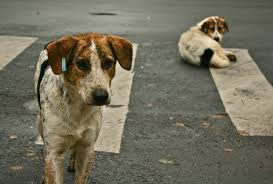 As an advocate for the protection of pets and animals, Senator Terrence Murphy is pleased to announce the passage of a bill crafted to protect animals and prevent their abandonment. S410, which passed the Senate yesterday, will increase penalties for owners who desert their animals and jeopardize their health and safety.

“Abandoning a pet is the equivalent of leaving a family member alone to fend for themselves.” said Senator Murphy. “We have heard of several accounts of animals being left outside during the frigid winter months and this legislation will hold people accountable for discarding their pets as if they were garbage. We need to love, not leave our pets.”

Senator Marcellino who authored the bill added, “Incidents of animal abandonment are growing. We read about them far too often. Individuals are choosing to walk away from their pets for financial reasons or simply because they are classless and heartless people who don’t care what happens to the animals after they abandon them. The penalty needs to match the seriousness of the crime.”

Several recent cases of dogs abandoned in freezing cold weather have occurred this winter, including a dog whose paws had frozen to the ground in New York City’s Prospect Park, and a dog left tied to a pole along a busy roadway in Albany on a frigid night. This bill would increase the punishment for abandonment of animals to a maximum sentence of one year in jail or $2,000 or both – up from a sentence of one year or $1,000 fine or both.