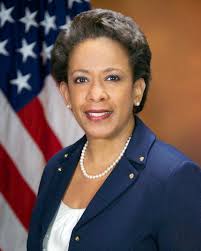 The new executive director of the U.S. Election Assistance Commission Brian Newby, recently signed off on the proof-of-citizenship requests from Alabama, Georgia and Kansas. The League of Women Voters filed a federal lawsuit challenging the federal official’s decision, arguing, in part, that the proof-of-citizenship requirements run afoul the National Voter Registration Act (NVRA).

Americans for Limited Government President Rick Manning today issued the following statement in response to the Department of Justice’s decision not defend the Election Assistance Commission in the case League of Women Voters v. Newby by consenting to an injunction against the Commission:

“Americans expect that only those eligible to exercise the right to vote will be participating in our 2016 national elections, yet the Obama Administration’s lackeys at Attorney General Loretta Lynch’s Justice Department are doing everything in their power to allow their new illegal alien power base to vote.”

“The latest outrage is today’s Justice Department decision to not only deny the independent, non-partisan U.S. Election Assistance Commission the ability to legally defend themselves in federal court against a League of Women Voters lawsuit disputing their finding that Alabama, Kansas and Georgia’s state voter identification laws complied with federal law, but to actually support the plaintiff claims to the contrary.”