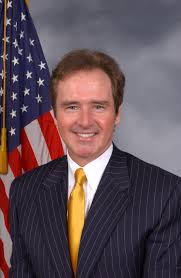 “This coordinated transportation and community enhancement initiative is a great opportunity for one community to become a model for technology-driven planning toward the goal of an improved quality of life,” said Congressman Higgins. “We want Buffalo be the city where that happens.”

GBNRTC Executive Director Hal Morse added, “The incredible partnership that has evolved to prepare this application illustrates the spirit of the new Buffalo. Winning this competition will advance our transportation system a whole decade into the future.”

Applications for the Smart Cities Challenge are due next week. Buffalo is one of 64 cities nationwide deemed eligible for the initiative which is aimed at mid-sized cities. Five finalists, expected to be announced in March, will each receive $100,000 in federal funding for development and planning toward the Smart Cities concept and goals. In June the USDOT will choose one of the five finalists to receive an estimated $40 million in federal funding. In addition, Vulcan Inc. has committed to providing $10 million in funding to the winning city, for a total public-private award of $50 million.