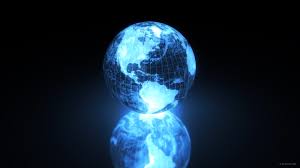 New media company, 4Dpresence, announced today that their live HD holographic events available online to the masses. Concerts, town halls, fundraisers, and numerous other events are now no longer limited to a single place. The team at 4Dpresence enables CEOs, celebrities, politicians, and speakers to appear live on stage as a hologram and also interact with people from their home on stage as holograms. In live venues, augmented reality holography beams candidates onto a live stage in front of an audience of thousands and at the same time beams them into a virtual reality stage where they share the stage with people from anywhere in the world. This is not cartoon avatars of common virtual worlds but live HD video images of people appearing on both real world stages and photorealistic virtual stages.

The visually compelling solution is now deployed for leading executives and celebrities with several upcoming private and public events scheduled. According to Jeff Machtig, co-founder of 4Dpresence, “Social media has been limited to just words and pictures but now becomes an engaging live experience where people teleport from around the country to the same location and share the same space on stage, although they are in their office or living room.” The founders of 4Dpresence utilize in part a new variant of their patented holographic technology that has been used for imaging Liam Neeson for the theatrical stage release of the War of the Worlds and beaming Stephen Hawking live across the globe to the Sydney Opera House.www.dvetelepresence.com/StephenHawking.php.

This announcement also coincides with the launch of 4Dpresence Media Networks, founded by the industry innovators behind the product design and intellectual property think tankwww.DVEtelepresence.com. DVE has been revolutionizing holographic corporate, government, and live stage communications for over a decade. 4Dpresence marks their long awaited step into new media, broadcast, and event services with visually amazing experiences.