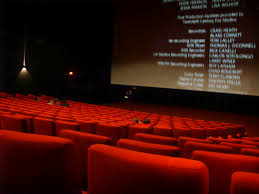 Many moviemakers are seeking a secure home to distribute their films and monetize their productions. They are turning to companies like The Movie Studio. According to its CEO, Gordon Scott Venters, “Most independent producers are aware of their need to retain a skilled and connected distribution company like The Movie Studio to properly monetize their films.” In addition to its own promotions and representation, The Movie Studio recently entered into an agreement with Wonderphil Entertainment to complement its International representation.

With more than 100,000 new films produced each year, The Movie Studio, under the direction of Venters, wants to secure a few hundred new titles for their growing film library collection over the next year. Most independent filmmakers are hoping to see their masterpiece setting sales records. The Movie Studio gives filmmakers an opportunity to reach a global audience of 1100 film buyers worldwide who can decide if their movie fits their demographic.

“We are excited about the opportunity to become an aggregator for independent filmmakers who can access worldwide distribution channels where they can reach their target markets and monetize their motion pictures that the film festival platform does not currently provide,” Gordon Scott Venters, CEO, announced today.

The Movie Studio, a publicly traded, micro-cap company (OTC-MVES), sees a very big opportunity enrolling hundreds of new indie films each year, thus neing able to then have a vast and diversified selection of films that it can make available to over 60 countries worldwide for its territorial sub-distributors. With over 4,000 annual film festivals and as a sponsor with FilmFestivals.com, the opportunity to entice indie producers to bring in their films to The Movie Studio is swiftly attracting attention and conversation in movie circles. Additionally, The Movie Studio is completing its “BAD ACTRESS” film starring Latin sensation “EXCELINA” co-starring Sean Stone, son of the iconic director Oliver Stone and T.J. Storm.

The Movie Studio is very well poised to swiftly become a powerful force in the entertainment industry. To learn more, please visit www.themoviestudio.com.