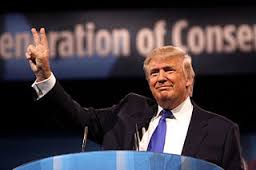 By JIMMY THE SAINT –

“Sheeeee wasn’t too bright, but I knew when she kissed me, she knew how to give a kiss.” The immortal words of Prince in his 80s pop classic, “Raspberry Beret.”

When Jeb Bush lobs an insult, does he really know how to insult? The other day the sagging presidential candidate/American monarchy/primo establishment Jeb Bush called Donald Trump a “bully.” What’s everyone got against bullies these days? Bullies serve an important function. They toughen up wusses. They often help make weak little boys and girls into strong men and women. I was never an actual bully, but I was the most popular guy in the school, inflicted peer pressure – and I kicked a lot of asses. I kicked the “bullies” asses. They needed to be bullied in my school (I helped them as they helped others). And this is who Donald Trump is: the guy who’s super popular, who kicks the bullies asses.

Anyone who thinks that Jeb Bush is actually weak, however, is sadly mistaken. He comes from one of the wealthiest and most powerful families in the world. He’s a United States aristocrat. He’s an absolute bully. He just – and effectively so – provides an appearance of being a calm, gentle, and moderately-behaved adult. In reality, he’s a total bully who, along with his well-oiled machine, has steam-rolled over countless political foes. But he doesn’t want to be known as a bully as that, of course, is the politically correct way to act. The vast majority of the GOP establishment is dangerously close to the political correctness of the Democrats who they so fervently – and fraudulently – profess to be different from; Jeb Bush is the ringleader in this arena.

So, The Donald – who bullies the bullies – countered with a variety of tweets, saying, “@JebBush has embarrassed himself & his family with his incompetent campaign for President. He should remain true to himself…The last thing our country needs is another BUSH! Dumb as a rock!”

Geez – being “dumb as a rock” really sucks. Certainly, it’s worse than being a bully. Rocks aren’t too presidential. They’re not very intellectual. In fact, I don’t think that they even think at all. They kind of just sit there, listening, but doing nothing. At least bullies do something.

I think Trump won this round, along with all the others.

Undoubtedly, I would rather see Jeb Bush in the White House than Hillary Clinton. Deep down – whether his true bully behavior is a plus or minus – he seems like he’s a man with mostly sound moral values. More so, to keep up appearances, he would surely issue executive orders – and use the president’s bully pulpit to compel congress to draft legislation – that would be grounded in conservative, capitalist principles. But Donald Trump, a man who bullies the bullies, will do far greater things (and in a much quicker manner) in furtherance of turning around Obama’s socialist agenda. He has the intelligence, charisma, experiences, guts – and will – to carry out this monumentally important task.