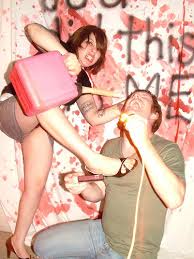 The Doctor Kevorkian-types are ever at it, trying to find legal mechanisms to further population control efforts. They’re not happy with God being the sole arbiter of the time when people are born and die. Thus, they marry themselves to the atrocities of abortion of the aiding of suicide. These people – which sadly include bountiful amounts of highly educated (but morally deficient) lawyers and doctors – simply want to be the Grim Reaper.
With hoods on, a brief was filed with New York’s Appellate Division, pleading for another chance to get a court to order death. The plaintiffs in the matter are four doctors, three people who have an illness, and some obnoxiously titled group, End of Life Choices New York. The doctors and the End Life group seem to be quite eager, for some reason, to assist the three ill people into their graves. Ironically, the case has been going on for quite some time – and they are still alive.
One of the plaintiff’s attorneys, Edwin Schallert of the law firm Debevoise & Plimpton, pronounced, “The complaint was dismissed at an inappropriately early stage of proceedings. The thrust of our appeal is that plaintiffs must be allowed to put on their case, which raises profoundly important issues, before the merits of the case are decided. We are eager to present our arguments to the Appellate Division and hope that this will pave the way for our clients to have their day in court.”

The profoundly important issue is a simple one to resolve for any rational person, with values. Here’s that resolution: people should never be permitted to murder other people. Assisting someone in killing themselves is murder. Case closed.

End Life’s Executive Director David Leven gurgled, “The dismissal of the case was disappointing, and, we believe, wrong on the law. Testimony should have been heard by the lower court. We hope the Appellate Division will agree and that ultimately this important human right will be legally available to all terminally ill, mentally competent New Yorkers.”

Human right? To kill yourself? Throughout the history of time, killing one’s self has never been deemed a right. People who kill themselves not only deprive themselves of an opportunity to live (as there is always hope), but they inevitably brutally hurt others. Why is this guy Leven so anxious to help people die?

Another mouthpiece for the plaintiffs, barrister Kathryn Tucker, dribbled, “This case is one of several which seek to expand end of life liberty to include the choice for a peaceful death through aid in dying. Access to this choice was established in a similar case in Montana in 2009. New Mexico’s Supreme Court is expected to rule any day in a case that raises issues similar to those in New York, in which the New Mexico trial court found aid in dying to be a fundamental right protected by the state constitution.”

Hopefully, New York and New Mexico won’t follow suit with Montana. Hopefully, these states get the luck of the draw – and intelligent judges, who also have values, hear these cases.