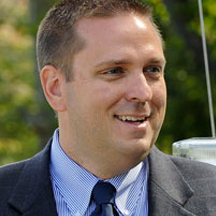 A week before Veterans Day, Orange County Executive Steve Neuhaus took part in “Take a Veteran to School Day”, an event at the Gidney Avenue Memorial School in the embattled City of Newburgh. There, he stated that the program “highlighted some of the great men and women who not only served this country, but are actually from the students’ communities.” On the same day, he visited a Newburgh American Legion Post, to witness the presentation of four medals to former U.S. Navy Petty Officer Ed Foddrill. A resident of Pine Bush, Foddrill was honored with these medals, as well as the Aircrew Badge, for his service in the Vietnam War. Foddrill’s military heroics of over 40 years ago isn’t taken for granted by Neuhaus, who said, “Mr. Foddrill answered the call to serve his country and deserves to be honored. These decorations were certainly long overdue.”

These matters in Newburgh are important, if not holy, to Neuhaus, who isn’t just the County Executive of Orange County – the New York county where Newburgh is located – but he is also currently a lieutenant in the United States Navy Reserve, assigned to the Navy Expeditionary Combat Command. Prior to serving in the Navy, Neuhaus had enlisted in the Army Guard. He is also a founding board member and former chairman of the Families of War Veterans Committee. Additionally, he has been intimately involved with the Orange County Honor Flight group, wherein he was a guardian for the group’s first flight to bring World War II veterans to Washington, D.C. to see a new memorial created in their honor.

No doubt, Neuhaus is active with veterans’ issues as a year-long endeavor, not just for Veterans Day appearances. A day prior to his Newburgh appearances, he personally met with Trevor Lafontaine, a 22-year-old U.S. Army Second Lieutenant stationed at West Point, to congratulate him for winning the 40th annual Marine Corps Marathon. So excited for Lafontaine and his athletic achievement, Neuhaus exclaimed, “The 26.2-mile run was held on October 25, 2015 in Arlington, Virginia and Washington, D.C., and get this – his time was two hours, 24 minutes. That is amazing! If you think his time was impressive, also consider that the Marine Corps Marathon served as Trevor’s first marathon!”

On Veterans Day itself, among many stops, Neuhaus visited Washingtonville Middle School to laud praise on sixth grader, Steven Tripodianos, who led a “green light” initiative in his town; the young student worked with local residents and businesses to display green lights and wear green to support military veterans. Neuhaus stated, “On Veterans Day, I’m proud to honor Steven. Your community is very proud of you. Thank you for your efforts!” And three days prior to Veterans Day, the Orange County Executive posted on social media, “Tune into Thunder Country 102.1 FM right now! With Veteran’s Day approaching, I’m on air talking about how we can help our local veterans in a variety of different ways.”

Neuhaus, a fiscal conservative who in his first year in office cut spending by $30 million and has successfully continued the trend in 2015, has a passion for acknowledging and aiding current and former military servicemen and servicewomen. Why? His thoughts may be summed up through words he spoke this past September 11 when reflecting on the 2001 terrorist tragedy: “I ask you to remember the 44 Orange County residents, our friends, neighbors and loved ones, who perished on that tragic day. Please pause to think about them, and their families and friends as well. We should also pay tribute to the men and women who have served our country since that terrible day, and the soldiers who have perished while bravely fighting for our country.”

And on Saturday, after the hell wrought from the Paris terrorist attacks, the Orange County Executive offered, “My thoughts and prayers go out to the victims of the horrific terrorist attacks that took place in Paris yesterday. Unfortunately, this country has experienced similar heartbreak and grief, the result of a cowardly terrorist attack. This terrible tragedy serves as a reminder that we must stay vigilant and never take our safety for granted. The city of Paris will remain in our thoughts and prayers.”

There’s something to be said about a county official who is constantly thinking about these matters, expressing his thoughts – and making public visits to honor those who are and have been on the frontline. Perhaps those in higher state and federal offices should take note.