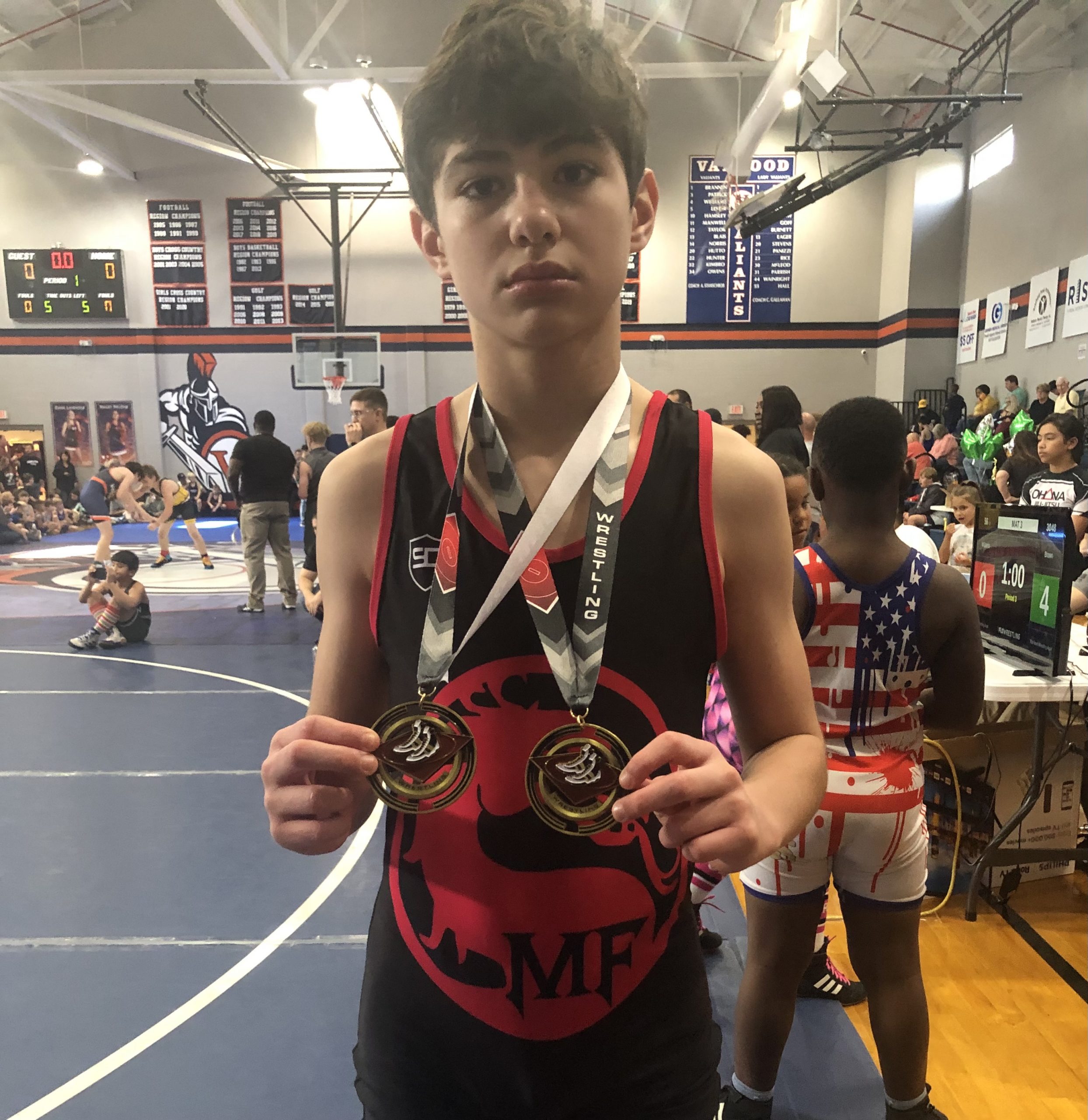 A 13-year-old, very confident state champion wrestler, film star and more – who movie co-star Julie McCullough called “a little girls’ dream” in an article in New Jersey daily newspaper The Record – Mario Del Vecchio is one of the physically strongest and toughest athletes in the State of Florida and beyond. He is that one kid you want in your corner if you have a problem, as he is gifted in so many areas.

Stepping into the weight room, Del Vecchio is equally impressive. Watch here, as he incline bench presses 185 lbs for 10 easy reps—something most MEN cannot do.

Also a standout football player, Del Vecchio won Lineman of the Year for three consecutive seasons for his New Jersey football team, the Montclair Cobras (he since has re-located to Florida). Serving as the team’s captain and in capturing the team’s Hammer Award and Academic Achievement Award for having the highest grades on the team, he has been an absolute tour de force: on defense, terrorizing opposing teams’ backfields (he has led his team with 10 1/2 QB sacks) and on offense a consistent powerhouse blocker. His football highlights video tells it all.

As an accomplished, well-known professional actor, Del Vecchio already has 10 movies under his belt, two of which he played the lead role. Last Christmas, A Wrestling Christmas Miracle was released. In starring in this film, Del Vecchio was type-cast as the good-looking jock, where some of his real wrestling matches were used in scenes. Co-starring alongside Del Vecchio in A Wrestling Christmas Miracle are: “Cobra Kai” and The Karate Kid star Martin Kove, as well as Emmy nominee Gilbert Gottfried (Problem Child), Golden Globe nominee Jimmie Walker (“Good Times”), Michael Winslow (Police Academy), Todd Bridges (“Different Strokes”), and Scott Schwartz (A Christmas Story). See the movie’s trailer here.

If all this isn’t enough, Del Vecchio is a Straight-A student. A photographic memory has been an asset in his educational endeavors.

Doing ALL of the above is nearly impossible for a kid. But it is a reality for media-dubbed Renaissance Boy, Mario Del Vecchio. However, this young man is grounded, not at all arrogant, and generous.

Del Vecchio said, “Everybody is talented. I like seeing other people do well. I’m happy for them. I hope that others are happy for me. That’s how things work best. When people know what they’re good at and they’re confident about it, and when people recognize what others are good at and they’re genuinely happy for them. My Dad told me that a long time ago, and I’ve always felt this way.”