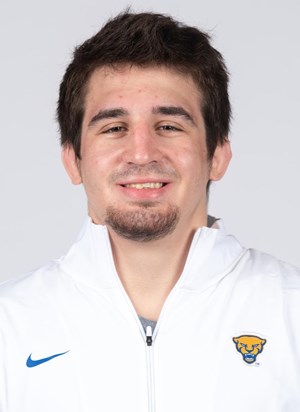 As found on University of Pittsburgh’s website, below is Nino Bonaccorsi’s bio. Learn about this wrestler’s career:

Gold Standard Teammate of the Year (2020)

2020-21 (197): Owns a 9-1 record entering the NCAA Championships…received the No. 6 seed for nationals after a stellar first season at 197 pounds…won his first ACC title by defeating Virginia’s Jay Aiello 10-4 in Raleigh on Feb. 28…posted a 6-1 record for Pitt in duals…his only defeat came against NC State freshman Isaac Trumble…developed a reputation as one of the nation’s most attacking upperweights…averaged more than 10 points per match in his wins that went the distance…named ACC Wrestler of the Week on Feb. 2 after beating then-No. 3 Jay Aiello of Virginia by a 7-5 decision in the dual in Charlottesville.

2019-20 (184): Posted a 23-5 record and earned NWCA All-American status…placed third at the ACC Championship and qualified for his second NCAA Championships…received the No. 10 seed at 184 pounds for NCAAs…tallied 11 major decisions, one technical fall and three pins for a total of 15 bonus-point wins…beat No. 2 Hunter Bolen of Virginia Tech in the dual…went 11-3 in duals with a 4-1 ACC record…won the Michigan State Open to begin the season…selected Gold Standard Teammate of the Year by his fellow Panthers.

2018-19 (184): Went 21-8 on the season with a 13-3 record in duals and 8-5 at tournaments … Earned a runner-up finish at the ACC Championship and earned All-ACC status … Qualified for the NCAA Championships in Pittsburgh where he recorded two wins over No. 20 Will Sumner of Utah Valley and No. 4 Emery Parker of Illinois … Ranked as high as No. 10 by InterMat at 184 pounds … Recorded numerous wins over ranked opponents, including No. 3 Nick Reenan of NC State and No. 14 Chip Ness of North Carolina … Was named ACC Wrestler of the Week after his win over Reenan.