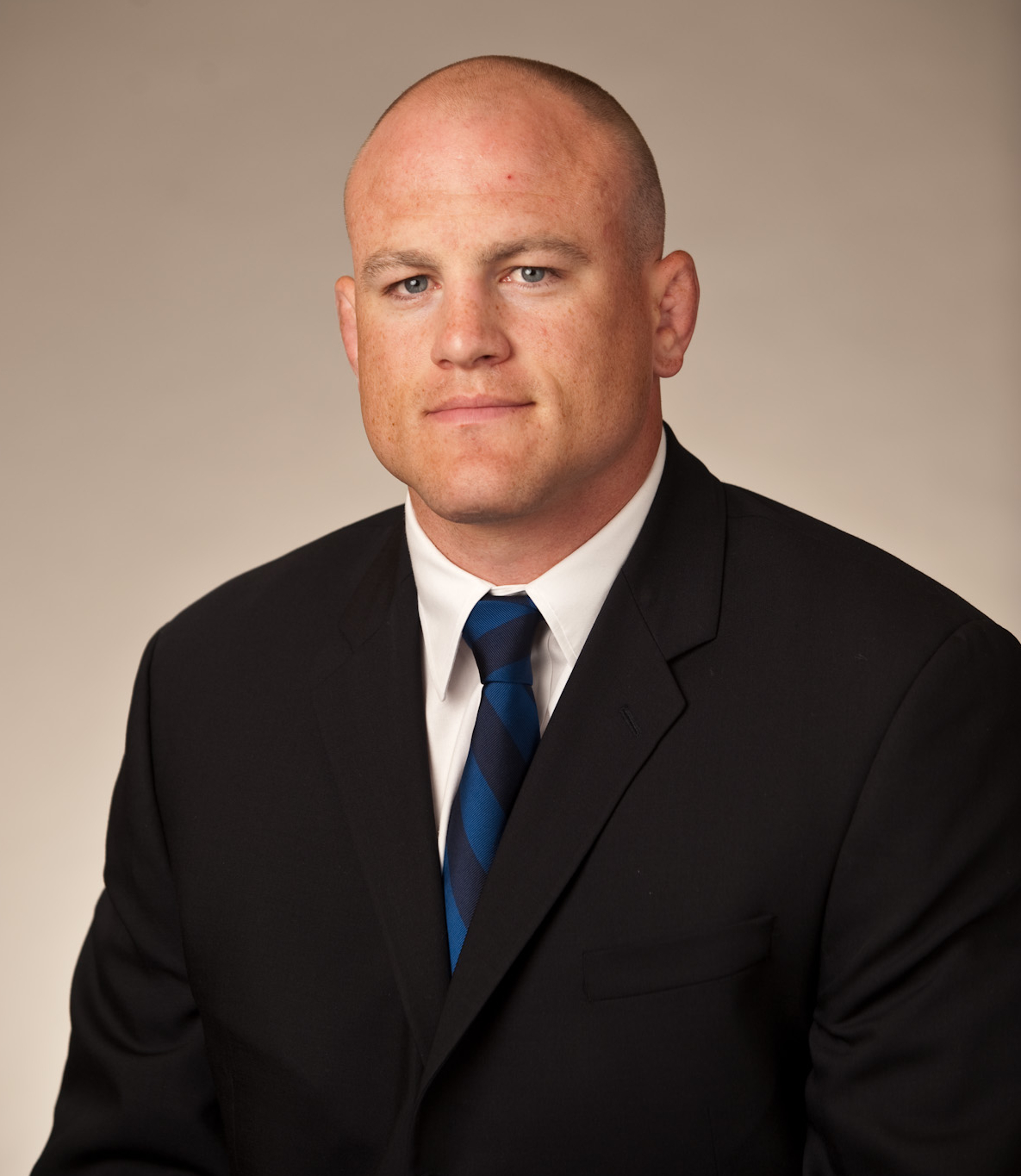 As found on Penn State University’s website, below is Cael Sanderson’s bio. Learn about this coach’s career:

“On April 17, 2009, Penn State named national wrestling legend Cael Sanderson as its 12th head wrestling coach and immediately the nation looked East. Since that time, the wrestling landscape across the country has changed as Penn State has claimed eight NCAA championships and numerous Big Ten regular season and tournament titles, all while crowning numerous individual champions and maintaining the highest of academic standards.

A career begun in the Midwest…

At just 29 years old, Sanderson came to Penn State after three very productive years as the head coach at his alma mater, Iowa State.  Sanderson’s teams did not finish any lower than fifth at the NCAA Championships and  he never had a wrestler not qualify for nationals, getting 30-of-30 grapplers through to the championship tournament.

After graduating from ISU in 2002, Sanderson spent 2003 and 2004 as a special assistant in the athletic department at Iowa State before joining the ISU coaching staff as an assistant coach in 2004-05. He was promoted to the assistant head coach position the next year and then became the Cyclones’ head coach for the 2006-07 season.

In 2007, during Sanderson’s rookie campaign, he led ISU to a 13-3 dual meet record and the first of three-straight Big 12 Championships. An outstanding NCAA runner-up finish in Detroit capped off a wildly successful year as the Cyclones crowned one National Champion and Sanderson was honored as Big 12 Coach of the Year, National Rookie Coach of the Year and National Coach of the Year. The next year, Sanderson led ISU to a 16-4 dual meet mark, another Big 12 title and a fifth place finish at nationals. Iowa State’s seven All-Americans in 2008 were the most at the school since 1993.

A move East and a rapid ascent…

His first season at Penn State was solid. Sanderson led Penn State to a 13-6-1 dual meet record, much improved over the prior year’s 8-12-2 mark. After a year outside the top 10, Sanderson led the Lions back to their place among the nation’s elite with a ninth-place finish at the NCAA?Championships and a No. 10 final dual meet ranking from the NWCA Coaches. Sanderson picked up three more All-Americans (including a national finalist) and a Big Ten Champion in younger brother, Cyler Sanderson.

In 2010-11, Sanderson reached the pinnacle of the collegiate coaching mountain by guiding Penn State through a stunning season filled with records, championships and memories that thrilled the Penn State faithful. Sanderson led the Nittany Lions to their first-ever Southern Scuffle Co-Championship and first Virginia Duals Championship since 1991. While guiding Penn State to a 6-1-1 conference mark, Sanderson equaled the highest Big Ten dual meet wins in Penn State history (1998). He led Penn State to the school’s first ever Big Ten Championship and was named 2011 Big Ten Coach of the Year. He became the first coach in NCAA history to be named both the Big Ten and Big 12 Coach of the Year. Saving the best for last, he led the Nittany Lions to the 2011 NCAA National Championship in Philadelphia, Penn State’s first since 1953 and Sanderson’s first as a collegiate head coach.

In 2017-18, Sanderson led Penn State to its seventh NCAA title in eight years and third- straight. Penn State posted a perfect 14-0 dual meet record and won the Big Ten regular season (dual meet) title yet again. Sanderson’s team posted a superb 39-9 record at NCAAs. Penn State ended the season riding a 45-dual win streak and set an NCAA record for attendance at an indoor dual meet with 15,998 in the BJC for a win over Iowa.

In 2018-19, Sanderson closed  out a decade as Penn State’s mentor by leading Penn State to its eighth NCAA title in nine years and fourth-straight for the second time in his first ten years as head coach.  Penn State posted a perfect 14-0 dual meet record for the fourth-straight year, won the Big Ten regular season (dual meet) and Big Ten tournament championship. Sanderson’s team posted a 35-11 record at NCAAs and had the team title clinched before the finals began Saturday night.  Penn State ended the season riding a 59-dual win streak. Sanderson was named Big Ten Coach of the Year and InterMat National Coach of the Year.

In 2019-20, the Lion mentor led the team to a 12-2 overall record and a near-perfect 8-1 Big Ten dual meet mark.  Penn State dropped two duals by a total of three points.  Penn State crowned two more Big Ten Champions in true freshman Aaron Brooks and senior Mark Hall.  Brooks was named Big Ten Freshman of the Year. The Nittany Lions advanced seven wrestlers to the 2020 NCAA Championships before the NCAA cancelled the event in reaction to the COVID-19 virus’ outbreak. The NWCA named the top eight seeds at each weight First  Team All-Americans after the tournament was cancelled, giving Sanderson five more All-Americans.

A coaching career after the most storied collegiate wrestling career ever…

To this day, Sanderson is considered the most dominant collegiate competitor in NCAA history. In four years, Sanderson never lost. From 1999-2002, Sanderson posted a 159-0 career record (going 39-0, 40-0, 40-0 and 40-0); won four individual National Championships; won four Most Outstanding Wrestler awards at the NCAA Championships (the only wrestler in NCAA history to do so); became the first freshman in NCAA history to win the Outstanding Wrestler honor and won three Dan Hodge Trophies as the nation’s best collegiate wrestler (also a collegiate first). He wrestled his first three years at 184 and then moved to 197 as a senior.

The four-time All-American’s four-year streak of perfection was called the No. 2 most outstanding achievement in collegiate sports history by Sports Illustrated. The NCAA called his final win (in the 2002 NCAA 197-pound championship) one of the NCAA’s “25 Defining Moments” for its Centennial celebration. His wrestling career culminated in 2004 when the Heber City, Utah, native won the 84 kg Olympic Gold Medal in Athens, Greece.

*    Final NCAA win named one of 25 Defining Moments by NCAA

*    ESPN SportsCentury special on his career