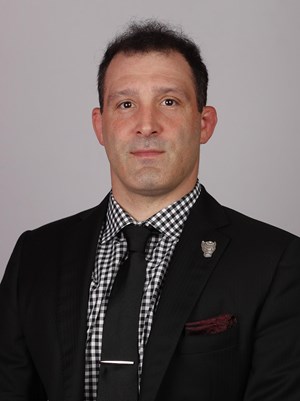 As found on North Carolina State University’s website,  below is Pat Popolizio’s bio. Learn about this coach’s career:

“The 2020-21 wrestling season marks Pat Popolizio’s ninth at the helm of the NC State wrestling program, as he was named head wrestling coach of the Wolfpack on April 10, 2012.

In the Spring of 2018, Popolizio was awarded a contract extension through June of 2025.

In eight seasons under Popolizio, NC State Wrestling has had:

NC State has earned 18 All-America honors in the last seven years, a new school record for most in a seven-year span all-time. In 2018, NC State set a school-best with four All-Americans, including an all-time ACC-best two NCAA finalists, and betterd that mark in 2020 with six All-Americans named by the NWCA.

In his eight seasons overall, Popolizio has had 57 NCAA qualifiers, highlighted by a school record 10 in 2017. In the last five seasons, NC State has qualified 44 of its 50 starters.

NC State has won 82 of its 90 duals (91.1 percent) the last five seasons. That winning percentage sits second-best in the NCAA, and the 82 dual victories leads the nation (the next closest is at 72).

On the recruiting trial, NC State’s 2016 12-person signing class was ranked the nation’s best by both FloWrestling.com and InterMatWrestling.com. In that class, the Pack signed two of the top-six ranked wrestlers in the 2016 recruiting class, and five in the top-66 overall.

NC State’s 2018 class was ranked No. 3 nationally and featured five wrestlers ranked in the top-100 nationally by InterMat, including four in the top-55, and two in the top-25. The class was also No. 6 by both FloWrestling and TheOpenMat.

The signing class in 2019, was ranked No. 16 by InterMat and No. 17 by FloWrestling. Four from the nine-member class were ranked in the top-100 nationally.

Following his first campaign, Popolizio and his staff signed a top-rated recruiting class in the spring of 2013. The Pack’s signees were ranked: No. 4 according to D1collegewrestling, No. 10 by both WIN Magazine and InterMat, No. 13 by the Open Mat/AWN and No. 14 by Flo Wrestling. NC State made it two-for-two with another nationally ranked recruiting class in 2014, cited No. 19 by FloWrestling, No. 20 by TheOpenMat.com, and No. 25 by InterMat.

In the classroom, NC State had its first-ever ACC Wrestling Scholar-Athlete of the Years, as Nick Gwiazdowski won the award in 2016, Michael Macchiavello followed suit in 2018. and Hayden Hiodlay was named in 2020 The Pack has also had 26 Academic All-America selections, including a school record six in 2020, and 28 placed on the All-ACC Academic Team over the last seven years.

In May of 2018, Popolizio served as the head coach for the USA at the Cadet Pan American Championships in Guatemala City, Guatemala. The U.S. dominated, winning the team title with 9 of the 10 wrestlers winning Gold.

The 2019-20 season was cut short due to COVID-19, but the season will still go down as one of the best in school history as the Pack finished #3 in the final NWCA Coaches’ Poll as one of only two undefeated schools nationally. The Pack repeated as both ACC Champions and ACC Dual Championships, while posting the first-ever undefeated season in school history (15-0). With the NCAAs canceled, NC State had six named All-Americans. The Pack claimed the ACC Wrestler of the Year (Hayden Hidlay), Rookie of the Year (Trent Hidlay), Coach of the Year (Popolizio) and Scholar-Athlete of the Year (Hayden Hidlay).

In 2018-19, the Wolfpack posted its school record sixth straight top-20 finish at the NCAA Championships, placing 17th overall. Hayden Hidlay became only the third wrestler in school history to earn All-American honors as both a freshman and sophomore after he placed fourth. NC State also won the ACC Championship with three individual titles and won a share of the ACC regular season title for the second straight year.

The Pack went 15-2 in duals, and finished sixth in the final NWCA/USA Today Coaches’ Poll. For the second straight season, NC State took second at the ACC Championships, with three individual champions and five in the finals.

NC State led the ACC and ranked 12th nationally in attendance with over 1,800 fans per dual, including over 3,900 fans versus Ohio State – both marks are school records.

In 2016-17, NC State finished eighth in the final NWCA/USA Today Coaches Poll after a 13-2 mark in duals, placed second at the ACC Championship with five reaching the finals, and took 17th at the NCAA Championships behind two-time All-American Kevin Jack and 10 NCAA Qualifiers.

The Pack defeated #16 Michigan, 23-15, in the NWCA National Duals, becoming one of only three schools to win their matchups each of the first two years in the event.

The 2015-16 season will go down as one of the best in school history. NC State won the 2016 ACC Championship, the first at NC State since 2007. Four individuals were crowned conference champions, and six made it to the finals overall.

Following the conference title, the Pack had eight NCAA Qualifiers, including six seeded grapplers and for the first time ever; four were seeded fifth or better. As a team, NC State finished in 11th place at the NCAA Championships, the best finish since a school-best seventh in 1993. The Pack tied the school record with three All-Americans in 2016: Tommy Gantt (5th – 157), Pete Renda (3rd – 184) and Nick Gwiazdowski (2nd – 285).

NC State finished the regular season ranked #2 in the final NWCA/USA Today Coaches Poll, the highest ranking in school history. The Pack went 23-1 in dual matches, setting a new single season school record for most wins. NC State also set a new school record with 21 consecutive wins to start the 2016 season, as the previous best was nine. Included in the dual wins were road victories at national powers Oklahoma State and Iowa – making NC State the first school ever to win at both in the same season.

Following his fourth season at NC State, Popolizio was named the 2016 National Coach of the Year by FloWrestling.

Redshirt-senior Nick Gwiazdowski was named the 2016 ACC Wrestler of the Year, the third consecutive season he has won the conference’s top award. He is only the second wrestler in ACC history to be named Wrestler of the Year three straight times. During his three-year career at NC State, Gwiazdowski won two NCAA titles (2014, 2015) and finished runner-up in 2016, in addition to winning three straight ACC heavyweight titles and finishing his NC State career a perfect 55-0 in duals.

In 2015, the Pack placed 16th at the NCAA Championships. NC State had a pair of All-Americans for the first season since 1993, as Gwiazdowski repeated as NCAA Champion at 285 pounds and became the first wrestler in school history to win multiple NCAA titles, and only the third ACC wrestler all-time to do so, and the first since 1995. He finished the season undefeated, going a perfect 35-0. Freshman Kevin Jack went from unseeded to a fifth place finish at 141 pounds. Gwiazdowski repeated as ACC Wrestler of the Year, while Jack was named the ACC Freshman of the Year.

NC State finished 2015 with a dual record of 16-6, with all but one of the losses coming to top-10 teams at the time of the dual. The 16 wins are the fourth-most in a single season at NC State. The Pack finished the regular season ranked 17th nationally in the final USA Today/NWCA Coaches Poll. NC State was also ranked #14 by InterMat.com and #18 by FloWreslting.com in their final regular season polls.

In just his second season in 2014, Popolizio added to the Pack’s storied tradition with NC State’s sixth individual national champion. Gwiazdowski became NC State’s third heavyweight to win the NCAA title. Gwiazdowski, who finished the year with a 42-2 record, won the ACC heavyweight title and then plowed through the NCAA field, winning five straight matches and defeating the No. 1 seed in the tournament, two-time NCAA champion Minnesota’s Tony Nelson, to win the title. He became the first ACC wrestler to win a national championship since the Wolfpack’s Darrion Caldwell in 2009. He was named the ACC Wrestler of the Year.

In all, five NC State wrestlers qualified for the 2014 NCAA Championships, combining for a 10-8 record. Three wrestlers, Gwiazdowski, Gantt and Sam Speno, each won at least two matches. As a team, the Pack finished 19th overall, the second highest finish among all ACC schools.

In his initial season as head coach for the Pack, NC State had three wrestlers qualify for the 2013 NCAA Championships, placing 63rd overall.

Prior to coming to NC State, in six seasons at Binghamton University (2007-12), Popolizio transformed the Bearcats into a national contender after inheriting the program that went 0-12 following its reinstatement in 2005-06. Among his highlights with the Bearcats:

Binghamton’s meteoric rise on the mat has been mirrored in the classroom. Popolizio substantially improved the program’s Academic Performance Rate (APR) from 727 to 957 between 2006 and 2011. In his final season, the Bearcats earned individual 2012 National Wrestling Coaches Association (NWCA) All-Academic honors and boasted 10 CAA Commissioner’s Academic Award honorees. In 2009, Popolizio’s team ranked 17th in the country academically. BU wrestlers also placed a high priority on community service, recently helping residents at emergency shelters and in their neighborhoods after historic flooding hit the area.

Prior to his stint at Binghamton, Popolizio was the lead assistant and recruiter at American University for two seasons, helping that program finish 17th in the country. At American, he coached seven NCAA qualifiers and the school’s first All-American. Prior to that, he served as an assistant coach at Army (2003-04) and Sacred Heart (2002-03). His team at Sacred Heart achieved the highest grade-point average of any wrestling program in the country.

Prior to entering the coaching ranks, Popolizio was a decorated wrestler during his student-athlete career for Oklahoma State coach John Smith, a six-time world champion. Among his highlights during his collegiate career:

Popolizio graduated in 2001 with a bachelor’s degree in health and physical education. He was a two-time Big 12 All Academic selection and five-time recipient of the Oklahoma State Student-Athlete Award.

At the prep level, Popolizio was a New York state scholastic champion for Niskayuna High. He was named Most Outstanding Wrestler at the 1996 state prep meet, where he captured the 177-pound title, and went on to become the national high school runner-up.”