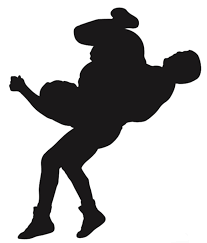 “Anyone else think NYUSAW needs a complete overhaul?”

Kris Harrington responded with, “Great year for you to be part of the solution! Regional rep election year.”

Neil Powers commented, “I would think they should stick to Freestyle/Greco. However many clubs still haven’t switched from folk style ?”

Cyrus Hurd added, “Ny has a ton of talent but it cant hold on to it. I dont know if its some of the people in charge of programs or what. IDK what the problem is. I hope they get it fixed someday.”

Patrick Ketcham offered, “USA is a joke in NY. Complete joke. The leadership needs a major overhaul and new blood.”

Corey Metz Campsey commented, “All hail Patrick Ketcham to become the face of it!”

Jason Schubert said, “Listen u guys can bash USA wrestling all you want at the end of the day it’s a lack of freestyle and Greco training in NY kids don’t want to wrestle to afraid to lose and learn. USA wrestling can’t build anything without participation several times there were going to be teams for freestyle events and kids won’t commit. If people don’t participate USA wrestling doesn’t have the funds to grow. The leadership involved now does a damn good job atleast since my sons been involved in schoolboy. That problem has always been participation I mean my sons school boy state bracket one year had 4 total kids. USAW probably loses money every tournament because there’s not enough participation to pay for event sites.”

Patrick Ketcham replied, “Jason Schubert then better promotion is needed as well as getting all of the clubs onboard. NY pales in comparison to the other states, and that should not be happening. Not in NY. I own a club and I’ve yet to be contacted by anyone from USANY in regards to programs, or asking for feedback on anything.

This should be the USA leaderships board first step.”

Darryl Bozeat replied, “Jason Schubert I agree we have a lack of training and competition opportunities in NY. Why don’t we have more Freco clinic’s throughout the state? You could run a revolving series of Freco clinic’s and hit every section multiple times every spring/summer. Give the kids more reasons to try the international styles. Our state has hardly any Freco tournaments which is crazy! We have kids being selected for Freco trips off of folkstyle results. We have kids selected for teams who do not participate in the freestyle and Greco state tournament. Top 4-5 kids from the Freco state tournament should automatically qualify for Fargo. The top placer at the regional should qualify and leave 1 spot for someone to petition into Fargo. Letting kids skip the Freco state tournament and giving them spots is a great way to discourage kids from even going. One of our wrestlers took 4th in freestyle(state tournament)and is only wrestling Greco because of petitions. That’s wrong and needs to end this year. Yes it’s a funky year because of covid but only 1 petition per weight class should be allowed unless there’s open spots. Fargo is not cheap to only go and wrestle one style. I started my own club to make sure kids are participating in the international styles and have the opportunity to train and travel. If you want to train with our club in the spring you either wrestle freestyle and Greco or don’t come to practice. You will see some changes in section 3 next year to promote the international styles even more. I’m willing to help anyone any way I can and our club always puts the kids first.

I’m sure my post came off as harsh and like I’m just bashing coaches. I think Chris, Joe, Chris etc are trying to do the right things but we have a ways to go. I respect that Chris immediately reached out to me about being involved more. That’s a sign of good leadership. We need to leave our egos at the door. I hope Pit Crew and the other clubs can have a bigger impact on more kids wrestling the international styles. I have some solid ideas that I’m hoping to implement in section 3/5 next year. Best of luck to everyone at Fargo!

Jason Schubert replied, “Darryl Bozeat I think more clubs need to do what your doing the problem is your like the 5% and that’s not enough to support it. Until we have 16 man brackets and not round robins at states I don’t know how USA wrestling can do more these people don’t get paid they give up there free time. Sometimes the communities have to do the work. It’s kinda like asking someone to start a business where there are no customers.”

Neil Powers replied, “I agree with Jason. I don’t see enough commitment to training in Freestyle and Greco. I would say this is on the coaches to make the commitment to switch styles in the Spring after the state tournaments. Youth included. Is it really necessary to keep going to spooky nook every weekend to wrestle folk style duals every week? That song and dance was done all winter. All the National champs and top college coaches always say that Freestyle and Greco will make your kids better folk style wrestlers.”