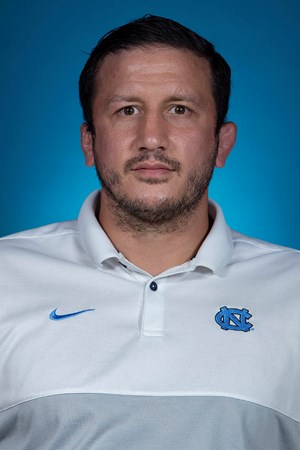 As found on University of North Carolina’s website, below is Coleman Scott’s bio. Learn about this coach’s career:

“Coleman Scott, a four-time All-America performer at Oklahoma State and the 2008 NCAA champion at 133 pounds, was named head coach of the North Carolina wrestling program on August 13, 2015. Scott, who came to UNC as an assistant in 2014, is the sixth head coach in the history of the program.

In 2019, Scott led the Tar Heels to their best showing at nationals in nearly a quarter century. Led by All-American performances from senior Chip Ness and redshirt freshman Austin O’Connor, UNC finished the competition 19th, the team’s best finish since 1995. In 2020, before the cancellation of the NCAA Championships, Scott’s Tar Heels went 14-3, good for an .823 winning percentage, the team’s best since 1997.

A native of Waynesburg, Pennsylvania, Scott capped an incredible career at OSU by winning the 2008 NCAA title at 133 pounds. In addition to his success at the collegiate level, Scott has also excelled at the international level as a four-time member of the United States National Team. His crowning achievement came at the 2012 London Olympics, where he won a bronze medal in freestyle wrestling at 60 kg.

Prior to starring at Oklahoma State, Scott was a three-time Pennsylvania state champion at Waynesburg Central High School. Scott and his wife Jessica have three children: daughter Leighton Ann and sons Stetson Lewis and Cash Allen.”