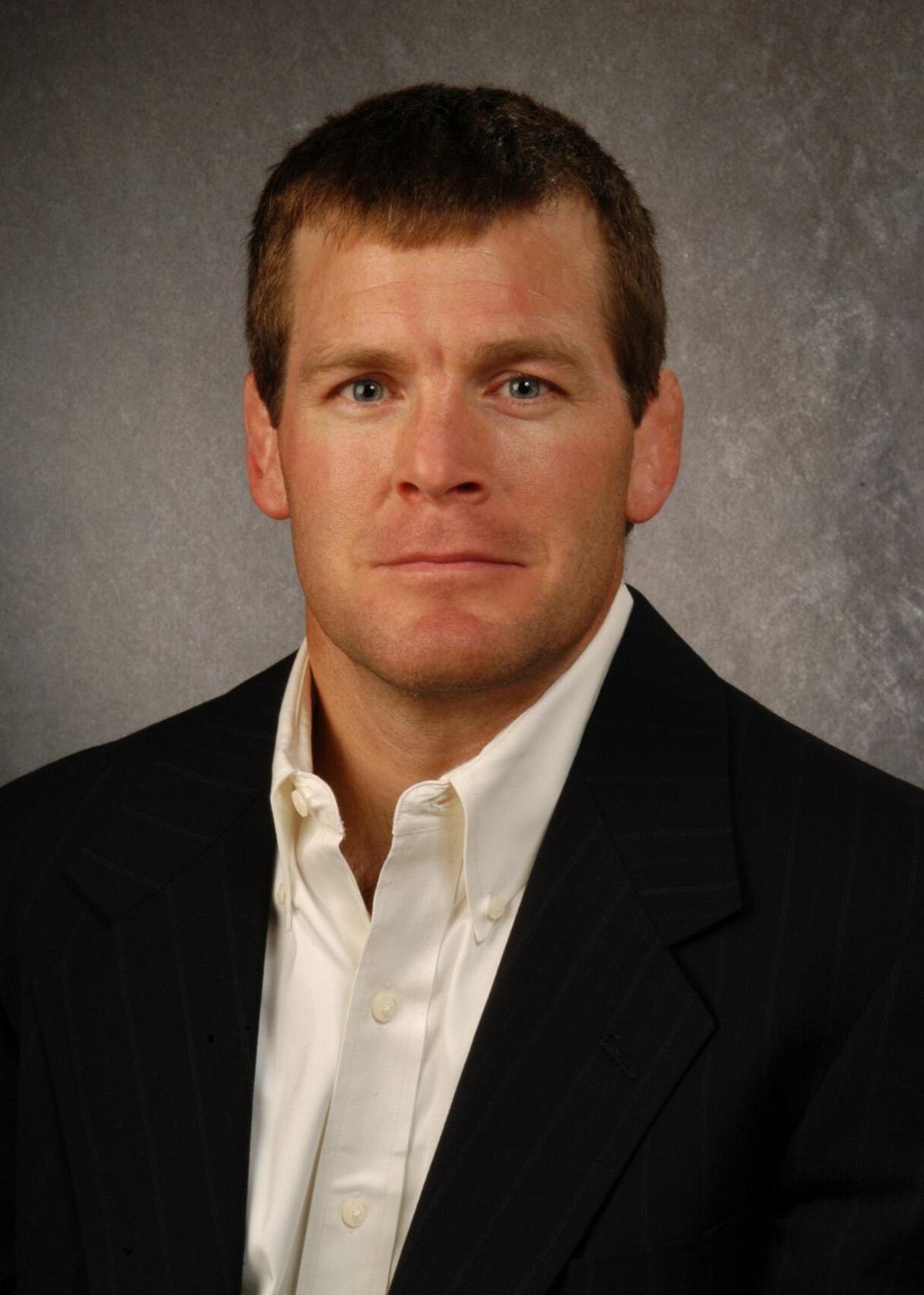 As reported on the University of Iowa website, the Hawkeyes’ head wrestling coach Tom Brands’s bio (learn about this man’s background below)!

Iowa set the national collegiate dual meet attendance record of 42,287 when Iowa defeated top-ranked Oklahoma State, 18-16, on Nov. 14, 2015 at the Grapple on the Gridiron at Kinnick Stadium. Iowa has led the nation in attendance every year since Brands was named head coach. The Hawkeyes set an NCAA all-time attendance average of 12,568 in 2019-20.

Brands has been named NWCA National Coach of the Year three times. He was first honored in 2008 after leading the Hawkeyes to their first NCAA team title since 2000. He was recognized in 2020 when the top-ranked Hawkeyes won Big Ten regular season and tournament championships and entered the NCAA Championships as the favorite to win the team title. The tournament was canceled due to the COVID-19 pandemic. He most recently won the award in 2021 when Iowa won Big Ten and NCAA team titles.

Brands served as head coach at Virginia Tech University for two seasons (2005-06), recording a 17-20 dual mark. In his first season with the Hokies, Brands led the team to the 2005 regular season Atlantic Coast Conference title, set a school record for dual meet wins (16) and had a school-record five wrestlers qualify for the NCAA Championships. During his tenure, Virginia Tech crowned five ACC champions and had two All-Americans. Senior heavyweight Mike Faust was named 2006 ACC Wrestler of the Year.

Prior to taking the helm at Virginia Tech, Brands was an assistant coach at Iowa for 12 seasons (1993-2004). He helped the Hawkeyes to a 177-27 dual record, seven NCAA and eight Big Ten team titles, while crowning 23 NCAA champions, 73 All-Americans and 36 Big Ten champions. He was named the National Wrestling Coaches Association Assistant Coach of the Year in 2000.

As a competitor, Brands won the 1996 Olympic freestyle gold medal at 136.5 pounds in Atlanta, Georgia. He also won a gold medal at the 1993 World Championships in Toronto, two World Cup gold medals (1994, 1995) and was the 1995 Pan American Games champion. He won four U.S. National titles (1993-96) and made four straight U.S. World or Olympic teams (1993-96). Along with his twin brother, Terry, Tom was named 1993 USA Wrestling Athlete of the Year, the 1993 John Smith Outstanding Freestyle Wrestler, and 1993 Amateur Wrestling News Man of the Year. He was inducted into wrestling’s Hall of Fame in 2001.

Brands was a four-time All-American at Iowa (1989-92). During his Hawkeye career, he won three NCAA titles and was named Outstanding Wrestler of the 1992 NCAA Championships. Also a three-time Big Ten champion, Brands won 95 percent of his matches at Iowa. His career mark of 158-7-2 includes an undefeated season in 1991 (45-0).

The Sheldon, Iowa, native was born April 9, 1968. He earned his B.S. degree in physical education from Iowa in 1992. He and his wife, Jeni, have three adult children, Madigan, Kinsee and Tommy.”