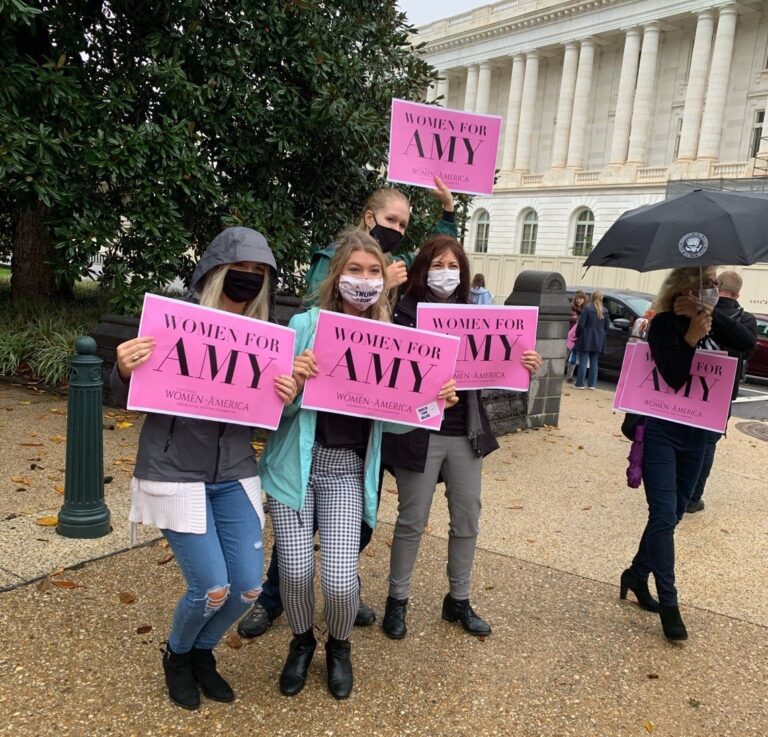 Judge Amy Coney Barrett is a new role model for young women, and even women of her own generation. While her success is built upon the trailblazing work of the late Justice Ruth Bader Ginsburg, she takes feminism in a new direction. She has reached the pinnacle of her career while still raising young children and sustaining what looks to be a happy, functional marriage, something men have done for years.

Feminism has turned a corner. With past women justice nominees, it felt like their gender defined them. It seems different with Barrett. President Trump selected her because of her extraordinary intellectual gifts and her commitment to an originalist view of the Constitution and the role of the courts, not her gender. She clerked for the late Justice Antonin Scalia, and shares his textualist philosophy to interpret the law as written.

While Barrett’s confirmation vetting should be solely about her past court decisions and her views on the Constitution, and not her gender, it is worth noting her gender because Barrett represents a new image of a successful career woman. It is clear that women today can succeed in careers at the same pace as their male colleagues. This was rarely the case in the past when women often left the workforce when they got married or had children and returned later, always behind their male counterparts. It is refreshing to see a woman reach the top of her field while still in her prime.

This was largely the theme shared by a  group of Republic women senators spoke in support of Barrett at a  Sept. 30  news conference.

Sen. Debra Fischer (R-NE): “I think it is so remarkable that we have such a woman before us now. When we look at Judge Barrett, we see an accomplished woman. We see a brilliant jurist. We see a nice person. We see someone who has been able to balance their family life with a husband and seven children and keep everybody on track. We see someone who’s had to make choices in her life in order to move forward in her chosen career. We see someone who’s a success.”

Sen. Martha McSally (R-AZ): “If confirmed on the court, she will be the first with school-age children serving on the Supreme Court. That is something that should be celebrated. Judge Barrett is by all accounts a woman of faith and of grace and of brilliance and of compassion. She is someone with seven kids, including two adopted ones and one with special needs. She is able to balance it all and do it in an amazing way. That really sets the example for so many women and girls. We should encourage everyone in America to really celebrate the fact that we have this brilliant woman who rose into the top who has been able to balance it all with grace and dignity.”

Sen. Shelley Capito (R-WV): “We should be rejoicing in the fact that we have an accomplished woman to consider that we have a role model for our girls, our daughters and our granddaughters.  She has traveled a journey that not many of us get to do and we should use that as an opportunity to inspire that next generation.”

For many young women today, feminism has a slightly negative connotation. Old school feminists are often seen as harsh, combative, and judgmental. Many women would prefer to be seen as smart, strong, and compassionate. While today’s youth certainly owe a debt of gratitude to women such as Gloria Steinem and Justice Ginsburg, to name a few, many in the rising generation have moved on to a new type of feminist ideal. An ideal that allows them to be a parent, a spouse, a community volunteer, and still succeed in careers, just as men have always been able to do.

Thanks, Judge Barrett, for your 21st century brand of feminism.

Catherine Mortensen is Vice President of Communication for Americans for Limited Government. You can read more of her articles at www.DailyTorch.com.