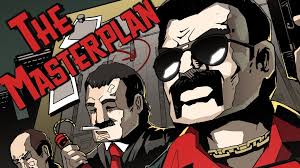 Two guys walk into a bar. The third one ducks.

The first two men are comedians Buddy Fitzpatrick and Joe Bronzi. The third is a guy who never made it in the business – because he took the easy way out.

Fitzpatrick and Bronzi, who have over 60 years of stand-up comedy experience between them, are relentless (constantly walking into bars) and ever-continuing to reach for the brass ring. They have each developed technique, bits and material that span audience markets, including theatres, casinos, resorts, corporate events, and comedy clubs. They are a rare breed, for sure, in the comedian world, since both Fitzpatrick and Bronzi can play to audiences from ages 7 to 107, using language that is clean, suggesting or down right raunchy – although both tend to stay on the PG-13 side of writing for their general audience.

Like most comics coming from the 90’s genre, Bronzi  and Fitzpatrick began their careers in “open mic” venues, which often consisted of bars and make-shift clubs in the back of bowling alleys, laundromats, or anywhere a stage and a mic could be placed. Like rats sniffing out fodder to fill their bellies, the two comedians would find these amateur places to tryout their material. The key was, and still is, stage time.

At the age of 18, Fitzpatrick left his hometown of Philadelphia to pursue a career in the arts. He obtained his acting chops via graduating from New York’s American Academy of Dramatic Arts. While auditioning, Fitzpatrick never wanted to wait tables or drive cabs, so he took to the comedy stage, honed his craft and, soon after, became a regular at all the prominent showcase clubs in New York City. His act is made up of inventive material delivered in a self-assured style, where he combines the skill of a great monologist with a physical style that brings his observations to life. Fitzpatrick’s stand-up made him a regular on the Cable Comedy Channels of the 1990’s and 2000’s.

The two comedians would meet in the late 90’s, working the same stage, and formed a close friendship. But as often happens when comics become headliners, their gigs would ultimately keep them apart, taking their careers and relationship in a completely different direction. Bronzi became a regular on the high seas for Carnival and Royal Caribbean cruise lines. Fitzpatrick went on to be a regular opening act for Joan Rivers, Amy Schumer, Bobby Slayton and Susie Essman.

Bronzi’s calling would also find him performing as a warm-up Comedian for “Who Wants to Be a Millionaire” on NBC, “Room for Debate” on ESPN, “Crowd Rules” on MSNBC, and “The Match Game” hosted by Alec Baldwin. As Bronzi is also a trained actor, he has landed roles in independent films including Due Diligence and The Cleaning Lady, and a starring role Off-Broadway in James McClure’s Pvt. Wars.

Fitzpatrick never lost the acting bug and congruently continued auditioning, securing roles in the films Harlem Aria with Damon Wayons, and The Business of Strangers with Julia Stiles. His television credits include HBO’s “The Sopranos”, and most recently, Apple TV’’s “Faces” – written by Stephen King and starring Julianne Moore, Clive Owen, and Joan Allen. Fitzpatrick has written, produced and performed his biographical play “Sides” at various NYC theatres. Upcoming is his new one-person play (which he wrote and will perform), I Bet You Think This Play is About You.

Fitzpatrick and Bronzi reunited on the stand-up circuit, and immediately started tying comedic – and dramatic – knots together. The paid began serving as writer partners, inking scripts; joining them in their writing endeavors has been Bronzi’s wife, Lindsay Gelfand.

When Fitzpatrick was tapped to co-write, co-produce and star in an upcoming star-filled indie, A Wrestling Christmas Miracle, he brought Bronzi into the project’s 2020 shooting. Fitzpatrick, playing a Grinch-like thespian-turned-thief, suggested Bronzi for a key supporting role – a bizarre businessman who talks to himself in varied crazed accents (Broniz has a special talent for accents); Bronzi landed the role. Fitzpatrick plays one of the film’s lead males, alongside child star (and real-life nationally-ranked youth wrestler) Mario Del Vecchio, Martin Kove, Julie McCullough, Gilbert Gottfried, Jimmie Walker, Candy Fox, Todd Bridges, Scott Schwartz, and Michael Winslow. The film – a comedy with the tagline “It Could Only Happen on Christmas” – will be released in late November/early December.