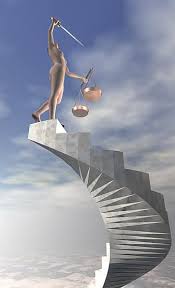 Going into Tuesday’s election for Public Defender in Florida’s 7th Judicial Circuit, Anne Marie Gennusa has a commanding lead in the polls over her rivals. In the most recent poll, which was posted on the St. Johns County Chamber of Commerce website, the results were as follows:

The above numbers were for the entire 7th Judicial Circuit. The results for just St. Johns County were nearly identical, with Gennusa netting 49.51% of the votes; Metz obtained only 27.76% of the tally, with Burden getting just 22.73% of the votes.

The poll had a sizable sampling for a contest of this size: 1127 votes were cast in this poll. Thus, this is likely a good indicator that Gennusa will be victorious in the election on Tuesday. Several Facebook posters have noted that they already have cast votes for Gennusa (there has been early voting) and others have stated that they will be voting for her on Tuesday.

If Gennusa wins, she will be the first woman ever elected as public defender in Florida’s 7th Judicial Circuit. She would also be the first-ever St. Johns County resident to win the position.

Empire State News has been following this election, previously reporting the following:

In 1999, Gennusa moved to Florida, where she started a renowned criminal defense/family law practice after a short stint with the state attorney’s office. For the last 20 years, she has been one of the most recognizable legal faces in the courts of Florida’s 7th Judicial Circuit. Unlike her competitors (Burden and Metz), Gennusa brings a wide-ranging legal skill set into this contest. While she has considerable public defender experiences, she is not a career staffer; this is very beneficial in ultimately becoming the leader of a public defender’s office. In having handled thousands of cases in total (and trying hundreds of those cases), she has covered, with superior expertise, a breadth of matters in private criminal and family law matters, as well as being proficient in multiple other practice areas. This has resulted in Gennusa becoming an eminent member of the Florida bar, who is familiar to a large range of lawyers. In being the Public Defender, that leadership position requires much more than just a knowledge of the office. Most career staff workers do not have the requisite legal – and business – range to head such a large office. Gennusa, with both the public defender office and private representation pedigree, over 25 years, is the only candidate in this race with such qualifications.