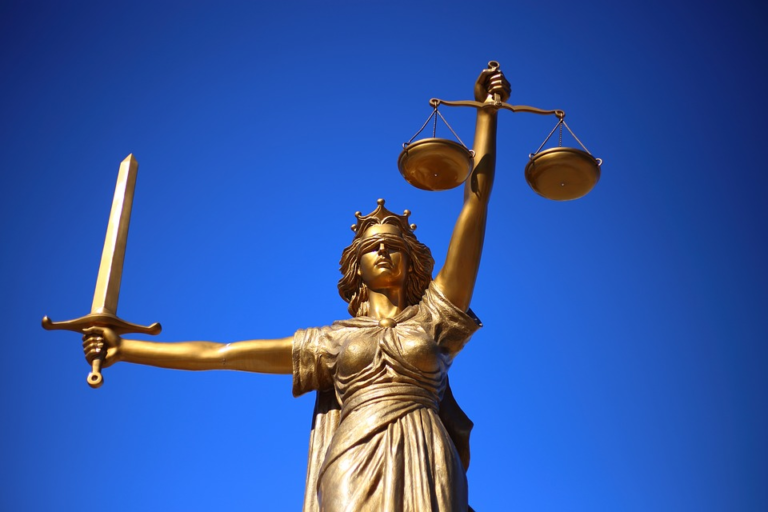 With the farcical impeachment debacle now long over, and a presidential race that is ultimately featuring Donald Trump versus Joe Biden, it makes sense to analyze their alleged Ukraine misdeeds as, no doubt, these matters will re-surface over and over again during this campaign season. That said, if one REALLY cares about justice, please review the following: A U.S. elected official (e.g., president or other top leader) can legally withhold aid from a foreign country if the foreign country refuses to perform one of countless mandates made by that elected official. In other words, contrary to what the uninformed (or liars) are saying, a quid pro quo is perfectly lawful in numerous circumstances. For example, a president could legally say to a foreign leader that he will withhold a billion dollars in aid: (1) if you don’t return an American fugitive who had committed a crime in the U.S. and fled to a foreign country; OR (2) if you don’t release a wrongfully convicted American citizen from your prison and return him to the U.S.; OR (3) if you don’t eliminate tariffs on U.S. goods; OR (4) if you don’t investigate an American who we believe may have committed a crime in your country; OR (5) if you don’t legalize gay marriage in your country; OR (6) if you don’t cease the development of nuclear weapons; OR (7) if you don’t criminalize heroin use; OR one of numerous other matters.

Get the picture? A quid pro quo is perfectly legally in voluminous situations. Specifically reviewing the Trump and Biden matters again, the following explains how each of these matters are crimes – and how they are not crimes:

If Joe Biden, as Vice President of the U.S., had a good faith, reasonable belief that a Ukrainian prosecutor was illegally investigating his son and/or his son’s company – and he instituted an actual quid pro quo, whereby he threatened to have the U.S. withhold billions of dollars in aid unless the Ukrainian government fired the prosecutor – then there is NO crime. It is irrelevant that Biden, in that circumstance, derived a benefit (i.e., the cessation of the investigation into his son/son’s company) from the firing of the prosecutor. The fact that he had another – legally valid – reason (i.e., a good faith, reasonable belief that the prosecutor was committing a corrupt act in illegally investigating his son/son’s company) to have the prosecutor fired, afforded him the legal authority to institute the quid pro quo and thereby refuse to have the U.S. turn over the billions of aid unless the prosecutor was fired. If, however, Biden did not have a good faith, reasonable belief that the prosecutor was illegally investigating his son/son’s company, then the quid pro quo would be unlawful. In that scenario, he would be guilty of a crime for using his power as vice president to threaten that the U.S. would withhold billions of aid unless the prosecutor is fired. There, Biden would be solely extracting a personal benefit (the cessation of an investigation into his son) in exchange for using his elected official powers to provide billions of U.S. government dollars.

The same exact analysis is legally accurate in Donald Trump’s matter. If Trump, as President of the U.S., had a good faith, reasonable belief that Joe Biden committed a crime (by threatening to withhold billions of dollars unless the Ukrainian government fired the prosecutor investigating his son) – and he instituted an actual quid pro quo, whereby he threatened to have the U.S. withhold billions of dollars in aid unless the Ukrainian government investigated Biden – then there is NO crime. It is irrelevant that Trump, in that circumstance, may derive an ancillary benefit (i.e., that a potential political opponent may be “politically damaged”) from the investigating of Biden. The fact that he had another – legally valid – reason (i.e., a good faith, reasonable belief that Biden was committing a crime by threatening to withhold billions in aid unless the prosecutor was fired) to have Biden investigated, afforded him the legal authority to institute the quid pro quo and thereby refuse to have the U.S. turn over the billions of aid unless Biden was investigated. If, however, Trump did not have a good faith, reasonable belief that Biden had committed a crime, then the quid pro quo would be unlawful. In that scenario, he would be guilty of a crime for using his power as president to threaten that the U.S. would withhold billions of aid unless Biden was investigated. There, Trump would be solely extracting a personal benefit (the investigation and “political damage” of a potential political opponent) in exchange for using his elected official powers to provide billions of U.S. government dollars.

*A qualitative difference between the Biden and Trump matters is that in the Biden case, there was indeed a definitive quid pro quo. Biden can be seen on video explicitly bragging about that the quid pro quo: (a) that he he threatened to withhold billions in U.S. aid if the Ukrainian government didn’t fire the prosecutor; and (b) that the quid quo pro deal was actually consummated, whereby the prosecutor was fired – and the billions in U.S. aid was thereafter paid.  In Trump’s matter, there is no such evidence of a quid pro quo. It’s mere, unsupported speculation. There is no evidence that Trump said anything like, “If you don’t do this (e.g. – investigate Biden), then the U.S. government won’t do that (e.g. – provide billions in aid)”…In any case – whether it is Biden or Trump – as detailed above, the existence of a quid pro quo does not legally mean that a crime has been committed. It MIGHT mean that a crime has been committed (it depends upon the circumstances).

*It is a complete fabrication – and not supported by any law whatsoever – that an elected U.S. official (president, senator, or anyone) cannot ask a foreign government (or the U.S. government) to investigate someone, including a political opponent. A person doesn’t become immune from a president (or any elected official) seeking an investigation into him merely because he declares that he is running for office against that official. Aside from such an argument simply not being rooted in any law, it is, in layman’s terms, completely silly. If Trump had a good faith, reasonable belief that Biden had committed murder or stolen millions of dollars in the Ukraine, he certainly would have the legal right to ask the Ukrainian government to investigate Biden (regardless of Biden’s status as a potential political opponent of his). The nature of the possible crime (murder vs theft vs bribery vs abuse of power) is irrelevant. Any argument to the contrary is, plainly, meritless.

*As an additional note: Biden isn’t even Trump’s opponent. He is a POTENTIAL opponent. Right now, although he is the “presumptive” nominee, he is an opponent of other Democrats in a Democrat primary; when President Trump’s hyped-up conversation with the Ukranian president occurred, there were a slew of Democrats running in the primary, with Biden being just one of them. But, as aforesaid, the “opponent” issue is legally irrelevant under the law.

*Some information about the failed Obstruction of Congress impeachment charge: (1) it is neither a high crime nor misdemeanor; and (2) more so, it was a hoax. Worse, it was an abuse of power by the congressional members who voted for this article of impeachment. Why? Because the alleged Obstruction of Congress charge was based upon Trump’s refusal to respond to subpoenas UNTIL or UNLESS he was ordered to do so by the Supreme Court. There are three branches of the government, not one. When the executive branch disagrees with the legislative branch (as happened here), the dispute – according to the separation of powers defined by the U.S. Constitution – shall be resolved by the third branch of the government (i.e., the judiciary). By Congress not only seeking to deprive President Trump of this constitutional right, but punishing him for it via an impeachment charge, those congressional members have themselves engaged in an abuse of power.

All that said, the only time that an elected official or a member of the media – or any member of the public – should claim that someone has committed a crime (or seek a criminal investigation into someone) is where he has a good faith, reasonable belief, rooted in actual evidence, that a crime has been committed. For all other matters, criminal law should not be invoked. Most Americans understand this: any matters, political or otherwise, where criminal law is not applicable, it should not be employed. Arrogance, mixed with stupidity (a very bad combination) has led some people to this misuse of the law.