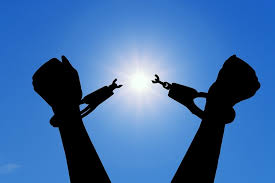 Short and to the point.

The government, through numerous state edicts, have obliterated Americans First Amendment rights of freedom of assembly and freedom of speech. Not being able to move about freely not only sucks, but the current orders that restrict such do not stand constitutional scrutiny. The reasons that state governments have provided for these unprecedented closures have failed from the onset, and monumental evidence has now proven that they are not necessary, not constitutionally lawful, and not wanted by the voters.

Aside from the massive civil rights intrusions, the restrictive orders are, by everyone’s account, destroying the economy. The orders are also causing more health problems and deaths than they are alleged to be preventing.

A few very revealing truths about the coronavirus, which help detail why the state mandated stay at home orders should be lifted, with business and freedoms going back to normal (which is in concert with what most Americans want):

Fox News Channel host Tucker Carlson lays out the reality regarding the actual death rate of the coronavirus: that it is commiserate with the flu. Here is a clip from a recent show, where he is speaking to a Stanford medical doctor, who explains the evidence: