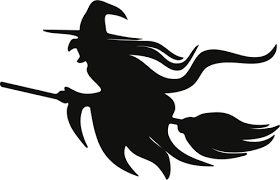 The governor of Michigan, the wretched Gretchen Whit-a-ZERO, disallows necessary “elective” surgeries such as for joint replacements and heart conditions – but allows abortions (an atrocious act, which by its nature, is elective). In an inane rant, proselytizing for abortion, she unbelievably dribbled that abortion is part of a woman’s “whole future, her ability to decide if and when she starts a family is not an election”…How stupid is this “person”? That’s the definition of “election.”

This moronic evil-doer/governor (who some people “elected”) made the additional oxymoronic statement that abortion is “life sustaining” – in trying to substantiate her decision to prohibit truly life sustaining surgeries (i.e., for joint replacements, heart conditions, etc), while promulgating the elective life-killing act of abortion…I don’t think that most people who have had abortions are evil. Many of them are good people who just have been propagandized their entire lives into thinking that abortion somehow fruits from a “constitutional right.” They mistakenly equate legality with morality; in other words, they think that because it is legal, it is therefore moral (and, unfortunately, don’t think any further than that).

But this Wretched Gretchen – I think she’s evil. She so dearly enjoys taking away people’s real constitutional rights (1st Amendment’s freedom of assembly, speech & religion), but wants to protect people’s ability (not right) to kill human lives. I believe those in Michigan will “elect” to vote out this creature in her next “election.” But they should be wary – because next, she may try to take away their rights to vote. All of this is what dictatorial, tyrannical officials do.