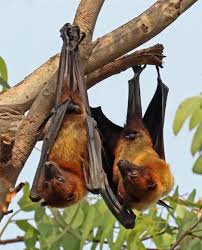 Rats are rather grotesque creatures. Same with mice. What really makes them different from squirrels, that don’t bother people, though, is probably the fluffy tails. Squirrels just aren’t that offensive to people. They’re kind of likable.

Bats are like rats. They’re disgusting. They’re like rats with wings. Not to mention, fiction lore has defined them as vampires. Animals that turn into humans who blood-suck from other humans. But that’s just fiction. Dracula was the creation of a famed author.

The bats in Wuhan, China, however, so unfortunately are not fiction. These bats may not suck blood from humans but they have nonetheless infected humans in a terrible way, through the coronavirus otherwise known as COVID-19 aka the China coronavirus aka the Wuhan coronavirus.

Although these bats are not turning into humans, like the nefarious fellow Dracula, the horrible disease that they are transmitting to humans has, no doubt, been caused by humans and not really the bats themselves. This is because humans, for some idiotic reason, decided to play around with the bats’ species-specific coronavirus. Wearing white lab coats, tin-foil hats, and Coke-bottle-thick magnifying glasses, Wuhan, China scientists-of-sort (aka sordid scientists) befriended these bats and extracted the coronavirus from them. Was their intended purpose for the good, i.e., to learn from this virus, to create some kind of “down the road” vaccine in the event that the virus was somehow transmitted to human beings? That seems to be what they’re saying, “they” being some Chinese officials and, possible, it may be the case. If it is the case, it nonetheless appears to be an incredibly moronic endeavor. Is there really a legitimate reason to isolate viruses from animals (viruses that can affect humans) for some potential, long-shot benefit?

The answer definitely seems to be “no.”

For what happened here?

Negligent so-called scientists unleashed the coronavirus to the human population, which begs revisiting the question: did this fruit from good-faith, albeit dumb, intentions? Or did it fruit from a sinister plan, where the coronavirus was extracted from the bats with a purpose to infect human beings?

The latter possibility is probably unlikely because humans, generally, are not that sinister, but there have been (and currently are) many evil people in the world, so such a disgusting, horrid act is possible. Most likely, however, is that the release of the coronavirus from this lab was an accident, due to the mad scientists’ carelessness.

What’s not a reasonable possibility, though, is that some bat that was just flying around, all of a sudden, sprinkled the coronavirus onto a person, and that’s how this entire tableau began. It came from the Wuhan lab, and it came from people who like playing with bats. And that sucks.