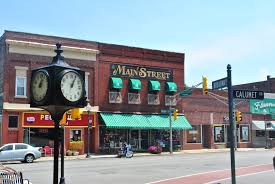 Weekly unemployment claims in the U.S. were up another 6.6 million, bringing the total jobs lost since the Chinese coronavirus pandemic to anywhere from 16.6 million to 19.6 million as federal and state government closures continue to in order to stave off the virus and protect the elderly and those with underlying conditions, more than doubling the jobs lost during the Great Recession.

That puts the effective unemployment rate 15 percent, pretty much the highest since the Great Depression, with an overall 22 million to 26 million out of work and rising as Americans continue to engage in social distancing. Recall, about 5.8 million were already jobless when the outbreak began when unemployment was just 3.5 percent, a 50-year low, with the worst likely yet to come.

This is like a tidal wave washing over the global economy, and no one will be spared. Businesses large and small are being tested during this time, but already the data and the damage is simply catastrophic. Nothing has ever been seen like it. What’s worse, it could take years or a decade to recover, even with well-intentioned measures by Congress to help small and large businesses to shore up payroll.

President Donald Trump has requested Congress increase funding for small businesses by another $250 billion bringing the total up to $600 billion, even while others say there should be no cap. In the meantime, the Federal Reserve appears to be opening a secondary market for these small business loans that it will be purchasing as banks make the loans, freeing up more capital to keep the lending going. The April 8 Fed release stated, “To facilitate lending to small businesses via the Small Business Administration’s Paycheck Protection Program (PPP), the Federal Reserve will establish a facility to provide term financing backed by PPP loans. Additional details will be announced this week.”

The biggest challenge for these lending programs is probably letting small businesses know they exist and that these loans are available, and convincing them that retaining payroll is more advantageous than laying off employees while much of the economy is still closed and is expected to be for several weeks more while the virus runs its course.

Already, Vice President Mike Pence reports more than $98 billion loans have been made to hundreds of thousands of small businesses. Is it enough, though?

On one hand, one can make a case for a swift rebound, that as soon as the closures end and states reopen their economies, all the businesses will open their doors quickly and Americans will swiftly get back to work.

On the other, as I was noting earlier this week, in analyzing the 10 recessions since 1948, on average, it takes about 11 months for all job losses to be realized in a recession, and then on average another 16 months to get those jobs back. Sometimes it’s longer sometimes it’s shorter. The longest cycle took 7 years with the Great Recession. The shortest was the 1970-1971 recession that took 12 months.

So, bare minimum, small businesses will need at least a year or more of support to survive. The CARES Act includes up to $6 trillion from the Federal Reserve. Already, the Small Business Administration and Treasury are working with the Fed to expand payroll protection lending.

The expansive nature of the program is not unsurprising.  In 2008, Congress passed the $700 billion Troubled Asset Relief Program to buy privately issued mortgage backed securities from banks, but it instantly became obsolete when the Fed took over AIG and derivatives markets. Additionally, the Fed then purchased the Fannie Mae and Freddie Mac mortgage backed securities directly off the banks’ balance sheets, totaling trillions. That’s because no matter how big Congress thought the problem was, it was in fact larger. Much, much larger.

For the Trump administration to accomplish what they’re trying to do to save 30 million small businesses, the backbone of the economy, it could require trillions of dollars. Congress already created the vehicle for doing so by expanding the Fed’ mandate, recognizing that in an emergency like this, only the Federal Reserve will have enough firepower to deal with the magnitude of the damage being caused by the pandemic-induced government closures.

Additional tools the Fed should consider will be to weaken the dollar relative to other currencies, even as interest rates collapse — yes, both are possible simultaneously, look at 2009 and 2011 when dollar bottoms coincided with labor market and housing market bottoms — amid heightened demand for U.S. securities including treasuries, which can help hasten the recovery and, critically, stave off deflation that must be a real threat with demand completely collapsed at the moment.

So, hope for the best, but prepare for the worst.

Right now, we are witnessing the flight to safety as financial institutions stock up on treasuries, which with unemployment still rising sharply, is expected.  That won’t last forever but it will probably go on for a good long while. Like the virus, there is a light at the end of the tunnel. First things first, kill the virus and that will give the confidence states and businesses need to reopen sooner rather than later.

But, simultaneously, we have to make sure there’s an economy to return to.

The next few weeks’ unemployment claims reports will bear out the extent of the damage that has already been caused and as can be seen, it is quite extensive. The key thing to understand is that the damage may not be reversible in the short-term even with the program Congress created. But that does not mean that the program is not ultimately necessary. Quite the contrary. That lifeline will be the reason we get out of this much, much faster than might have been otherwise possible.

By now, any notions about getting back to 3.5 percent unemployment anytime soon have probably been dispelled, but with the decisive action being taken today by President Trump and Congress, we can shorten the duration of the job losses and speed the recovery. Main Street will reopen soon, it’s only a matter of time.