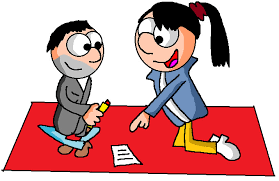 In the midst of all the current day’s madness, let’s not forget the middle class.

Oh yeah, the middle class has once again forgotten in this violative mess.

But why not be reminded of another matter where the middle class is so often screwed?

William “Rick” Singer sang and sang and sang!   His audience is the F.B.I.  and his song, a tale of a major college admissions bribery scheme.  Mr. Singer was the architect of a scam to advantage children of the rich and famous into getting their offspring into prestigious colleges such as Yale, Georgetown and University of Southern California.  He did this by bribing school administrators and coaches, as well as influencing the SAT and ACT process by having a surrogate capable of acing these exams test in place of the actual applicants.  Parents paid for these services by donating to Rick’s sham charitable organization and then use the contribution as a tax write-off.  The scam, in place between 2011 and 2018, involved over 750 families who got their darlings into college fraudulently.  Mr. Singer has been charged with racketeering and money laundering conspiracy and conspiracy to defraud the U.S.

Back in March 2018, 50 people were indicted by federal prosecutors, including two Hollywood celebrities, Lori Loughlin, along with her husband Mossimo Giannulli, and Felicity Huffman in conjunction with the admissions scheme.  Lori and her husband paid a bribe for their two daughters to be accepted into the University of Southern California as members of the crew team, although neither had ever been involved in this sport.  Felicity paid for her daughter’s SAT scores to be altered.  Lori and her husband and Felicity have been charged with mail fraud and home services fraud and their careers have already begun to suffer as a result of their actions.

No one should really be surprised or shocked.  The rich and famous have consistently used their wealth to influence their children into getting into primo colleges and universities, albeit without apparently breaking the law.  This is regardless of political affiliation, Republican, Democrat or Independent.  There has always been inequality between the haves and the have-nots and particularly in where one goes to college.  The “old boys club,” the funding of buildings and programs and huge donations has guaranteed that offspring will continue in the tradition of their fathers and mothers before them in being accepted into elitist schools.

It was interesting and revealing the other night as Chris Cuomo, scion of a powerful political family and Anderson Cooper, part of the Vanderbilt clan, exchanged comments on this admissions scandal.  both are very intelligent men, who are good at their craft. But, you could see Anderson make a slight, but definite, grimace as Cuomo noted that they were both Yale alumni and understood how money can make a difference.  Was that a slip of the tongue?

For places such as Yale, the beneficiaries are either the very rich or the very poor.  It’s the schmucks in between that pay the price of inequality.