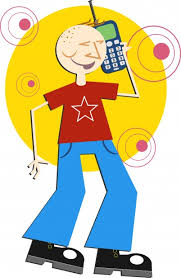 Millennials have been raised in an environment which fosters a disdain of country and an affinity for socialism.  They have a cynical view of their nation’s past and have expectations that the government owes them big time and should provide for all their wants and needs.  They are indoctrinated in schools under union control and liberal bias whose teachers are more interested in political correctness rather than freedom of expression and the exchange of ideas.  A former winner of the National Teacher of the Year Award, Tracey Bailey, after giving up his membership in the American Federation of Teachers, indicated that unions are just “special interests protecting the status quo,” pillars of “a system that too often rewards mediocrity and incompetence.”

Millennials are very verbal about their discontent with capitalism.  Abel Delgado has been politically active in Flint, Michigan, regularly attending protests, city council meetings and community discussions throughout the ongoing water crisis in this city.  According to a NBC report in a November 2016 report, Delgado reflected: “It really came down to me seeing the effects of capitalism and seeing that all of that was driven by greed,” Delgado said. “It came down to (that) I’m sick and tired of seeing people oppressed.”

The election of Alexandria Ocasio-Cortes represents their growing tendency to reject capitalism in favor of a more socialist government which they perceive will, through control by big government, improve the climate, provide free higher education,  more inclusive medical care, and eliminate income inequality .  Yet they are very naive about finance, economics, budgetary issues and the workings of  huge bureaucracy.  Their heroes are celebrities that travel to aclimate change event in Italy in private jets, yachts and helicopters.

They are perfectly okay with someone like Colin Kaepernick taking a knee and refusing to salute the flag or sing the National Anthem; while intolerant of others who do not embrace  their liberal way of thinking.  They gladly support trying to obliterate the statues, pictures, symbols which represent the growth of a truly unique nation and the individuals who contributed to its formation, failing to realize that history is contextual and these represent historical points of reference.  Instead they are products of a school system imbibed in revisionist history, where  individuals are memorialized based on their sexual orientation rather than the relevance of their contributions.

They march in demonstrations against a country which has given them the greatest freedoms the world has ever known.  In a 2017 article in HUFFPOST, the headline was, “Millennials Are The Foot Soldiers Of The Resistance.”  PJ MEDIA writer Rick Moran decided to ask millennials how they felt about New York Gov. Andrew Cuomo’s comment that “America was never that great.”  By and large the young people queried by Moran backed Cuomo.  “I don’t believe that America has been great for all folks ever,” said one.  “Even today.”

Meanwhile, on the other side of the world, millennials in Hong Kong are fighting and protesting to maintain the continuation of a democratic, capitalistic society. According to THOUGHTCO, a reference site with a 20+ year focus on expert-created education content: “In 1984, British Prime Minister Margaret Thatcher and Chinese Premier Zhao Ziyang negotiated the underlying plan for the lease to end, such that Hong Kong would remain a semi-autonomous region for a 50-year period after the lease ended.  The lease ended on July 1, 1997, and since then tensions between the democratically-minded Hong Kong population and the PRC have continued, although Hong Kong remains functionally separate from the Chinese mainland.”

These Hong Kong millennials see their freedoms gradually being eroded away by China’s desire to dominate and they have been protesting since June, putting their lives in peril, to prevent a communist/socialistic takeover.  Millennials in Hong Kong sing the Star Spangled Banner, holding American flags, during their protests, seeking U.S. support in their pursuit for their continued democratic way of life.

The millennials in America may think the “grass is always greener on the other side;” while those in Hong Kong realize that the seeds China is trying to plant are anything but green.